You are here: Home1 / Life of A Fairy Bra Mother Blog2 / Behind the Seams3 / Design & Draft4 / Splitting the Lower Cup
Splitting the lower cup often allows better use of fabric when the quantity is tight. More importantly it allows you to change the DOGS for better support, especially on the heavier or larger breast. It is easy to split the lower cup and it does not matter if the original pattern is for a full band bra or a partial band bra. Mark the seamlines inside the edge of the lower cup. They are 1/4” along the cross cup seam and the wire line curve. 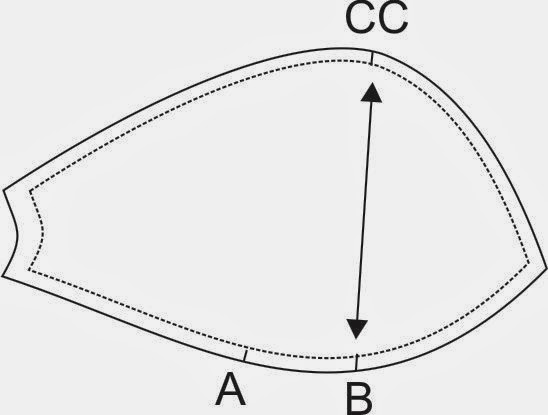 Draw a line from the notch along the cross cup seam to the notch at the bottom of the cup. On the Pin-up Girls patterns, these will be marked as CC and A. Ignore the B notch of your pattern has this. 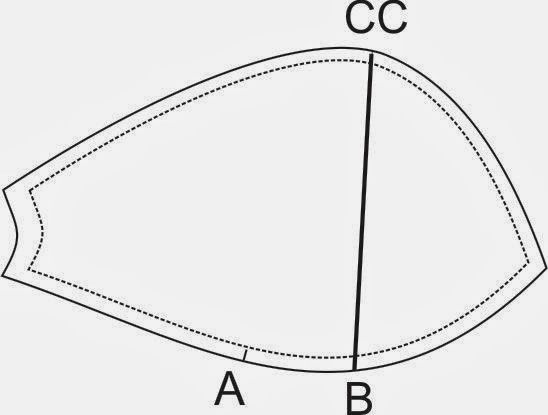 Trace off the pattern pieces and separate them 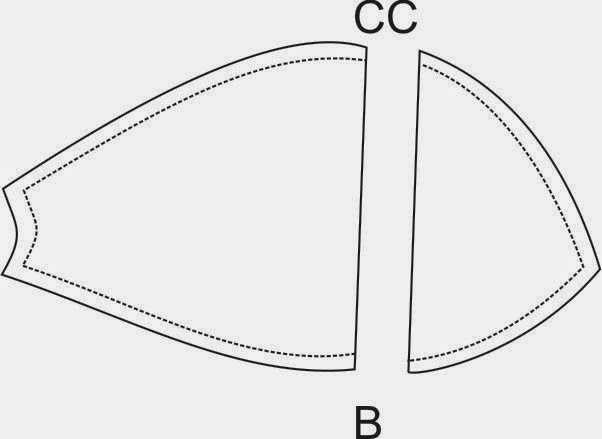 Draw a curved line using a hip curve or a French curve from seamline to seamline on both sections of the lower cup (that’s why you drew in the seamlines!) 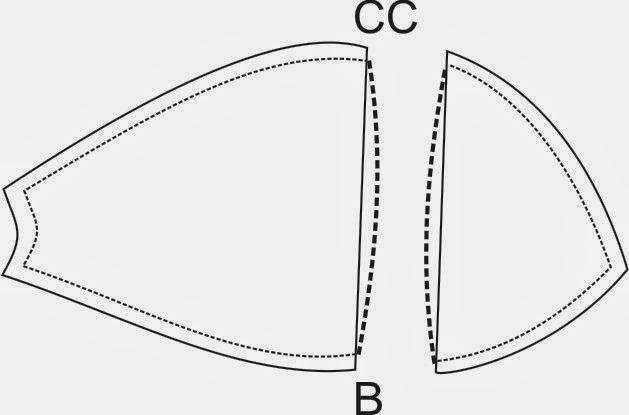 Add the seam allowances of 1/4” (6 mm) to each curve. Add notches or match points to the seam. I always put notches toward the top of the line, not at the exact middle of the line. It’s easy to get the pieces turned around and having the notches at the top helps you to orient the pieces correctly. 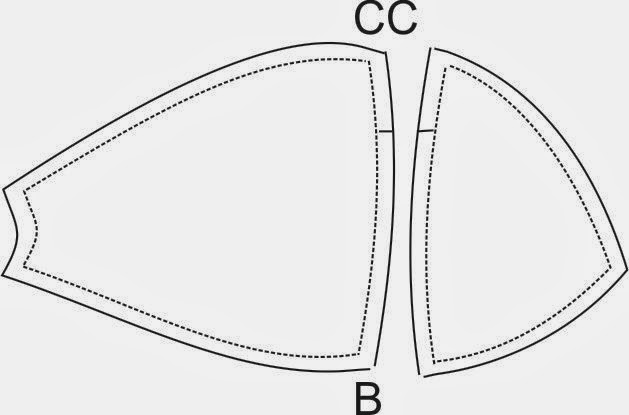 Once the seam allowances have been marked, the DOGS can be put in. This is a golden opportunity to alter the DOGS to give better push-up. Angle the DOGS slightly off the original straight line as shown. Mirror the DOGS on the other half of the cup.