Twice per year, in spring and fall, our street in the fabric district hosts Sew Hungry, a gathering of more than 30 food trucks from all over southern Ontario. (Personally, I think it should be called Sew Into Food, but I digress…)

This week, we had students in for Design & Draft, and this was the perfect end to their week – a giant food fest. Almost like we planned it that way!

Here’s the view from our store to the right. You can see the street directory on the pole. Cupcakes, BBQ and my favourite – the twisted potato called Tornado Potato. Whole potatoes are turned on a corkscrew and threaded on a stick so they end up about 12-16″ long. Then they are deep fried and sprinkled with spices of your choice. I had the sour cream and onion! 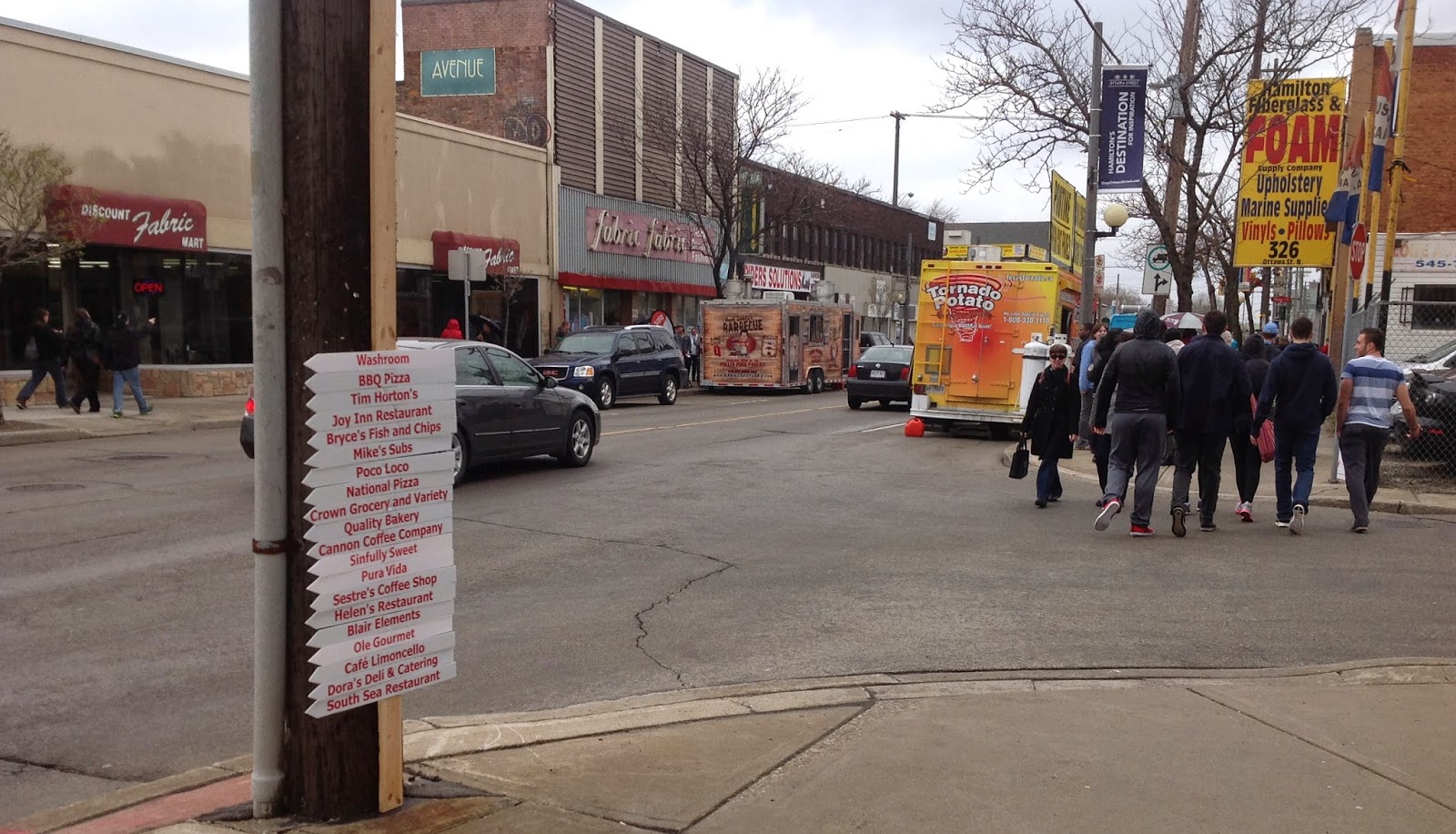 And to the left – Mexican-Asian-German-Caribbean fusion food. Gracious – that’s quite a mix! Across the street was West of Seoul – Asian food as well. 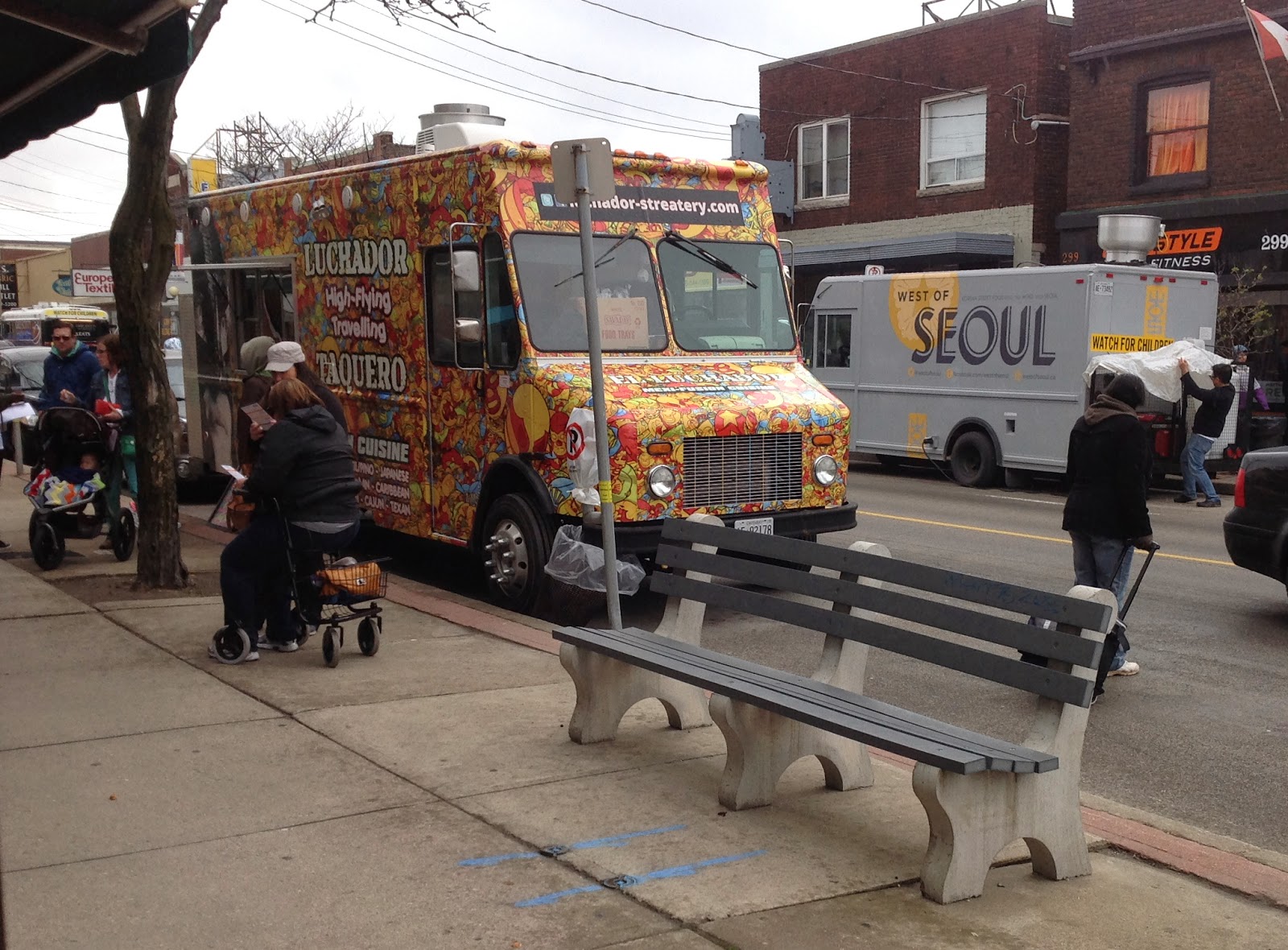 The horses were out too. I love it when the police patrol the area on the horses! 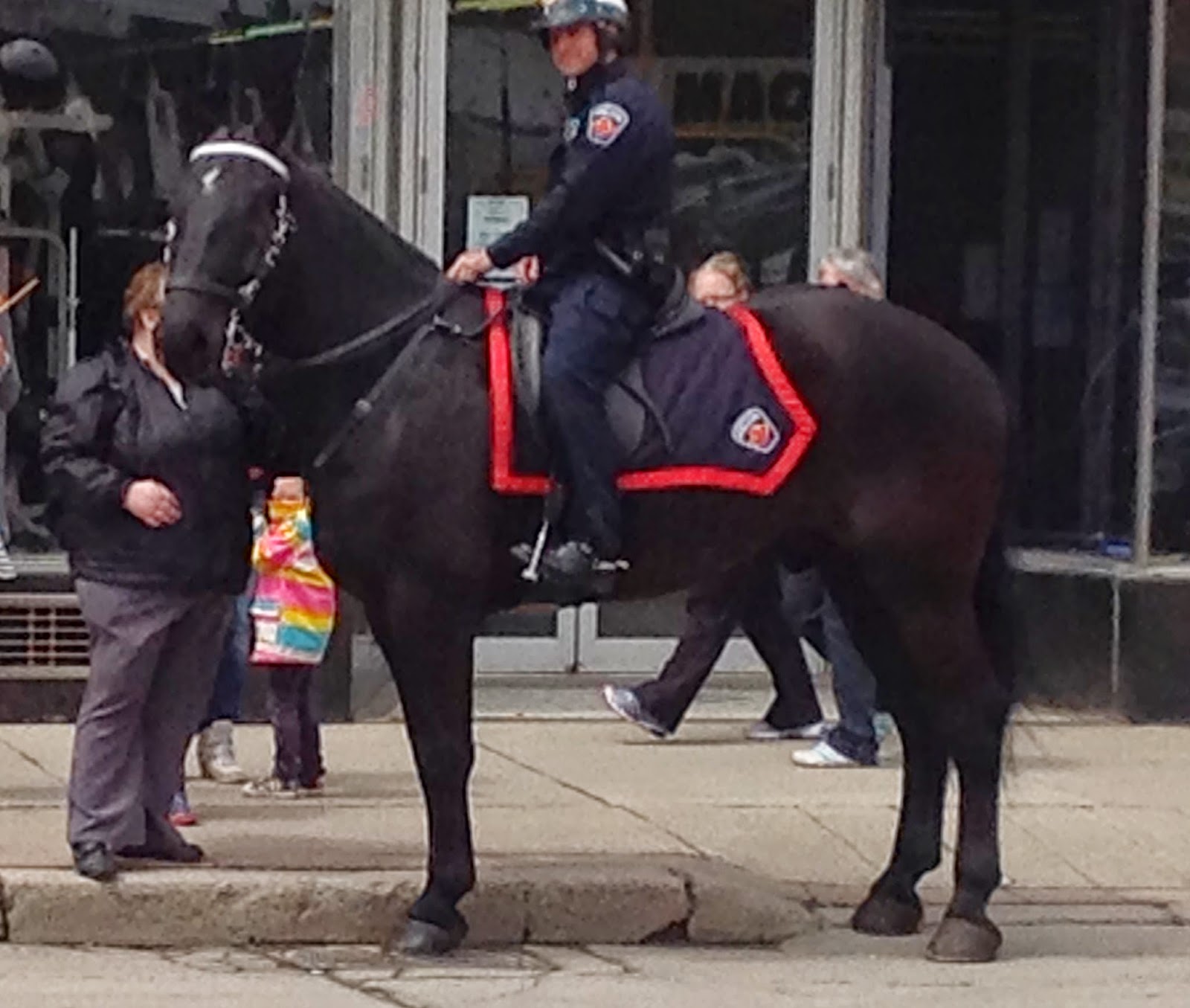 Then we saw this guy on the street, a great walking advertisement for the area. He stayed around our store so he must have been for one of the nearby  trucks. 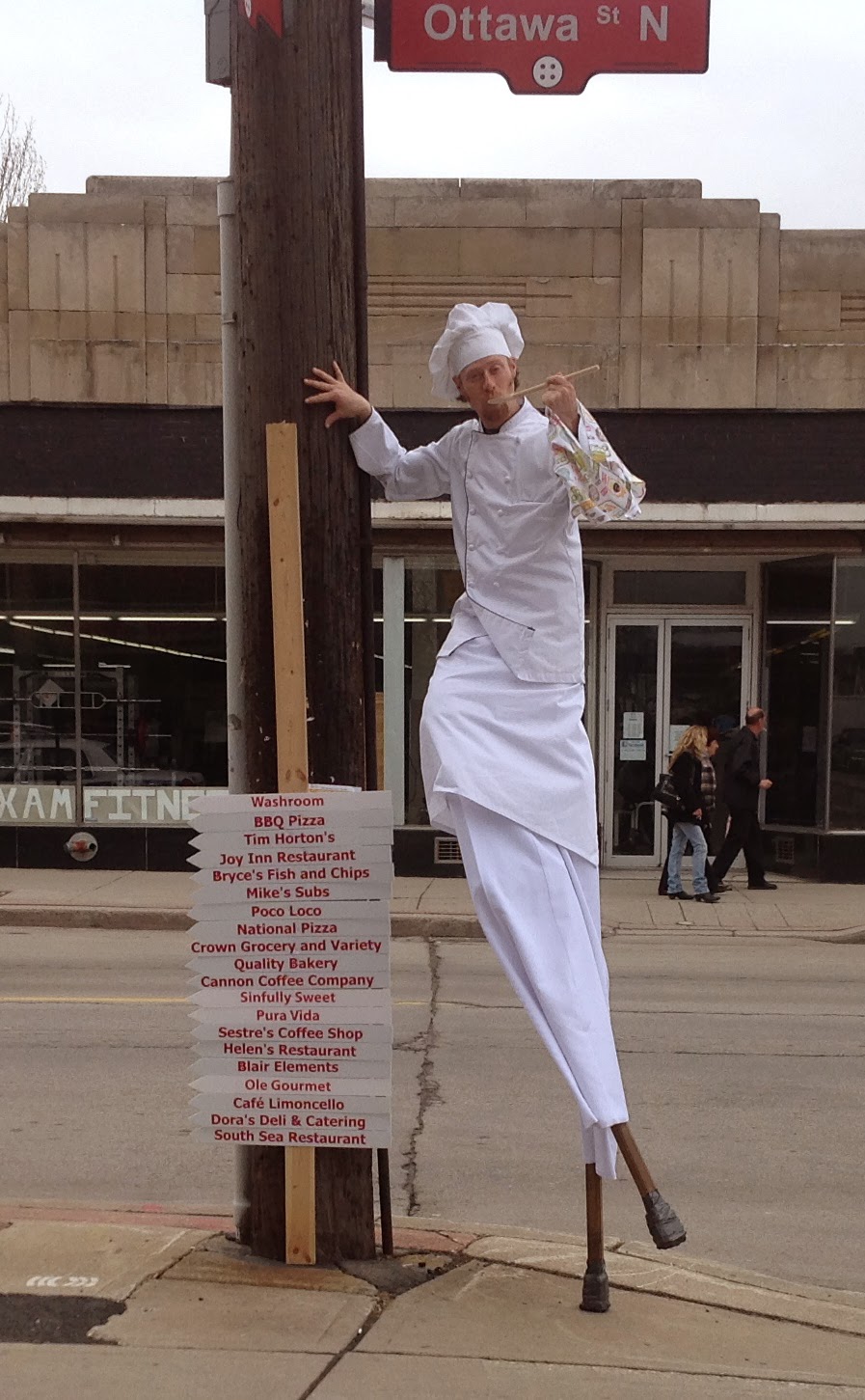 Well, Marsha couldn’t resist having him pose in front of our store window. Hmmm…this fellow could be quite useful – maybe he can change some of the lightbulbs in the classroom! 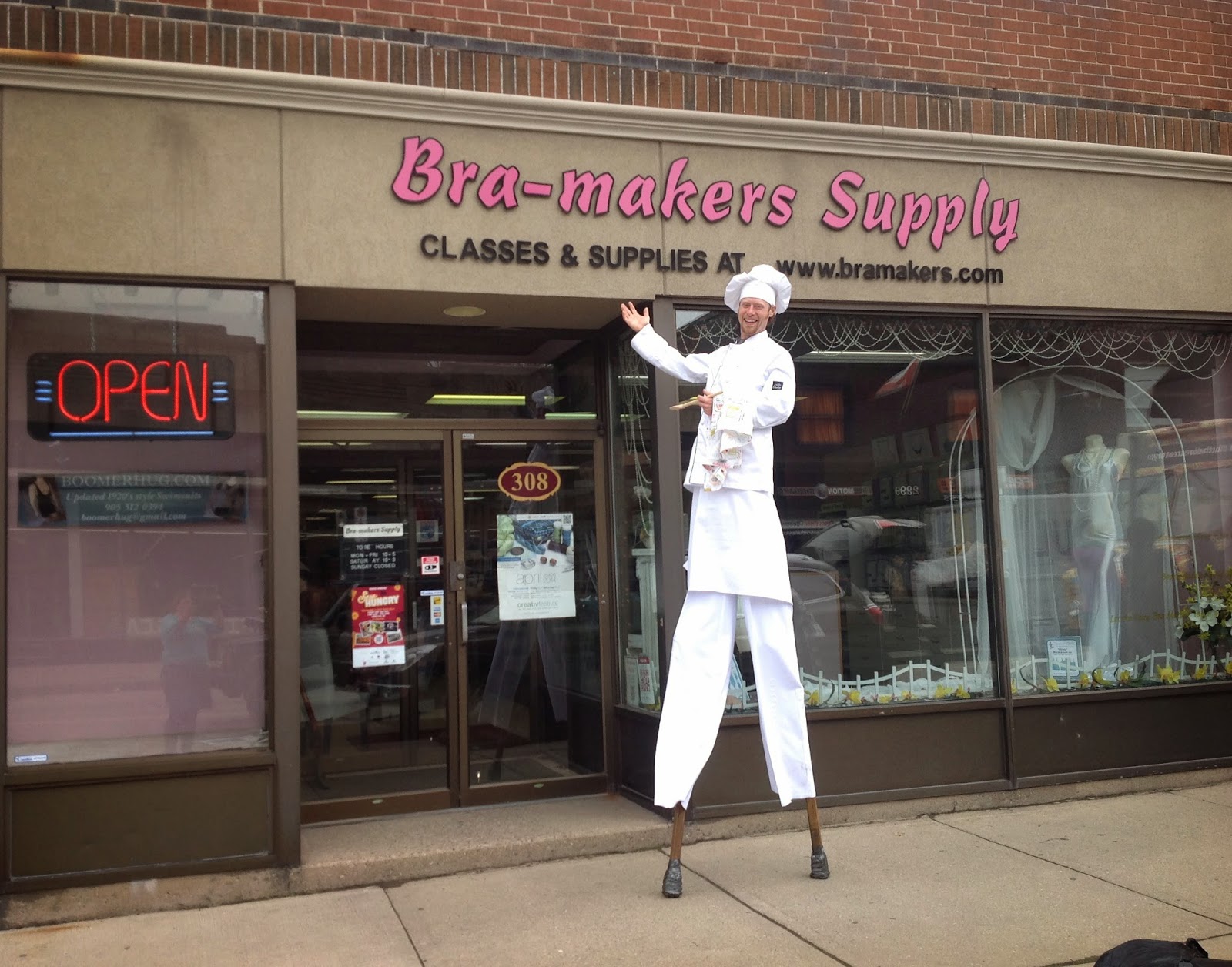