You are here: Home1 / Life of A Fairy Bra Mother Blog2 / Behind the Seams3 / Design & Draft4 / Foam Cup Surgery

What can you do when the only foam cups in your size really aren’t the style you want? Today we had exactly that dilemma presented by a student in Boob Camp. The only cup that fit her was the balconette style in the size 52 (which means it is close to a 38G, or a 42F ) however the cup was very high under the arm and in the front so it was not a flattering line.

I really felt we could improve the fit of this cup if we did a bit of surgery (not on our student, but on her bra cups!)

But before I share that with you, here’s a tip for keeping the Lefts and Rights of a Balconette cup from getting mixed up when you are working with them. They really are hard to tell apart..left from right and some people have trouble telling top from bottom. Can you guess which side this is? Here’s a hint – the shallow curve is the top curve so the cup is correct top to bottom. 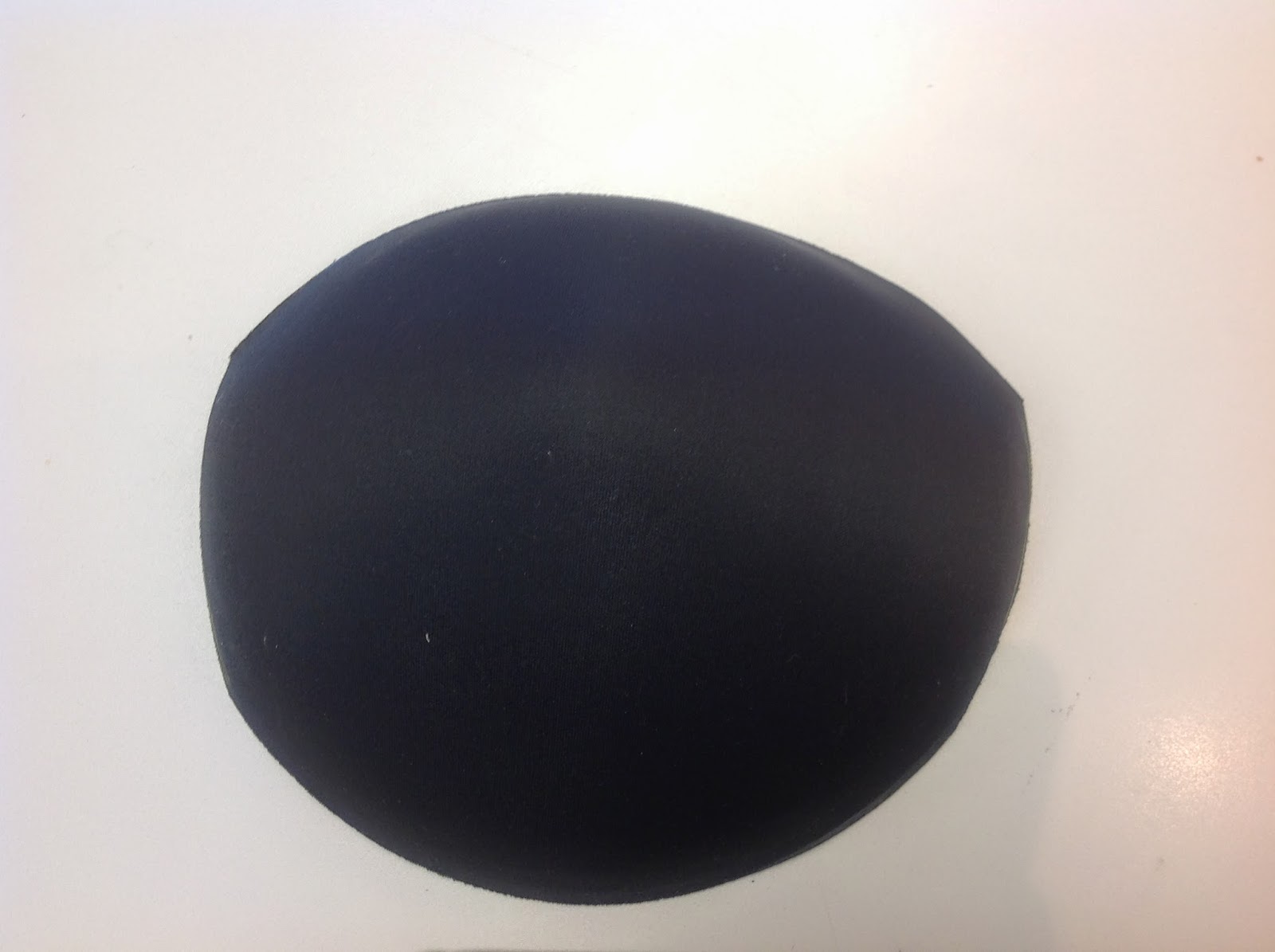 Balconette cups can be molded in many variations, as shown below but as you can see, the top curve is never as deep as the bottom curve. That’s because the curve around the wire line is always deeper than the curve across the mound of the breast.

To tell them apart Left from Right (assuming they don’t arrive  with an “L” and an “R” stamped on the inside), hold the pair to your chest and look down. Then switch the two of them around and look down again. If the breast looks ahead, or toward the centre, that’s the correct orientation. If the cups look away from each other as shown in the right graphic below, that’s the wrong way around. Switch them back!

The cup I show is actually the Left side cup. I’ve marked the apex (the highest point and where the bust point “should” be) in the photos below. First the inny… 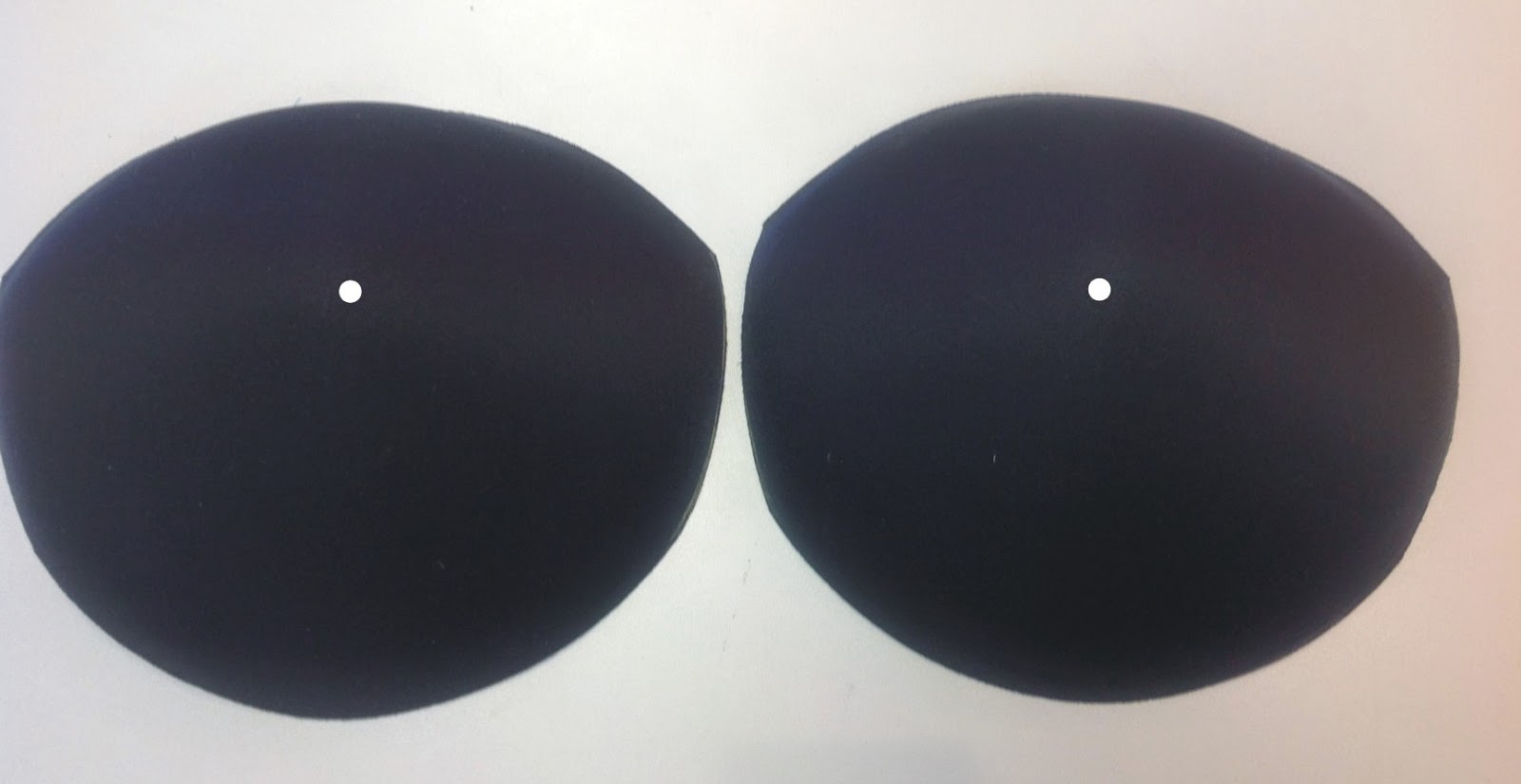 and now the outy…definitely not the way we want this to look!

After figuring out the left and right, and top from bottom, mark the centre front and the top on the inside of the cup with some chalk. Now as you work on them, it is easy to keep them oriented in the right position. 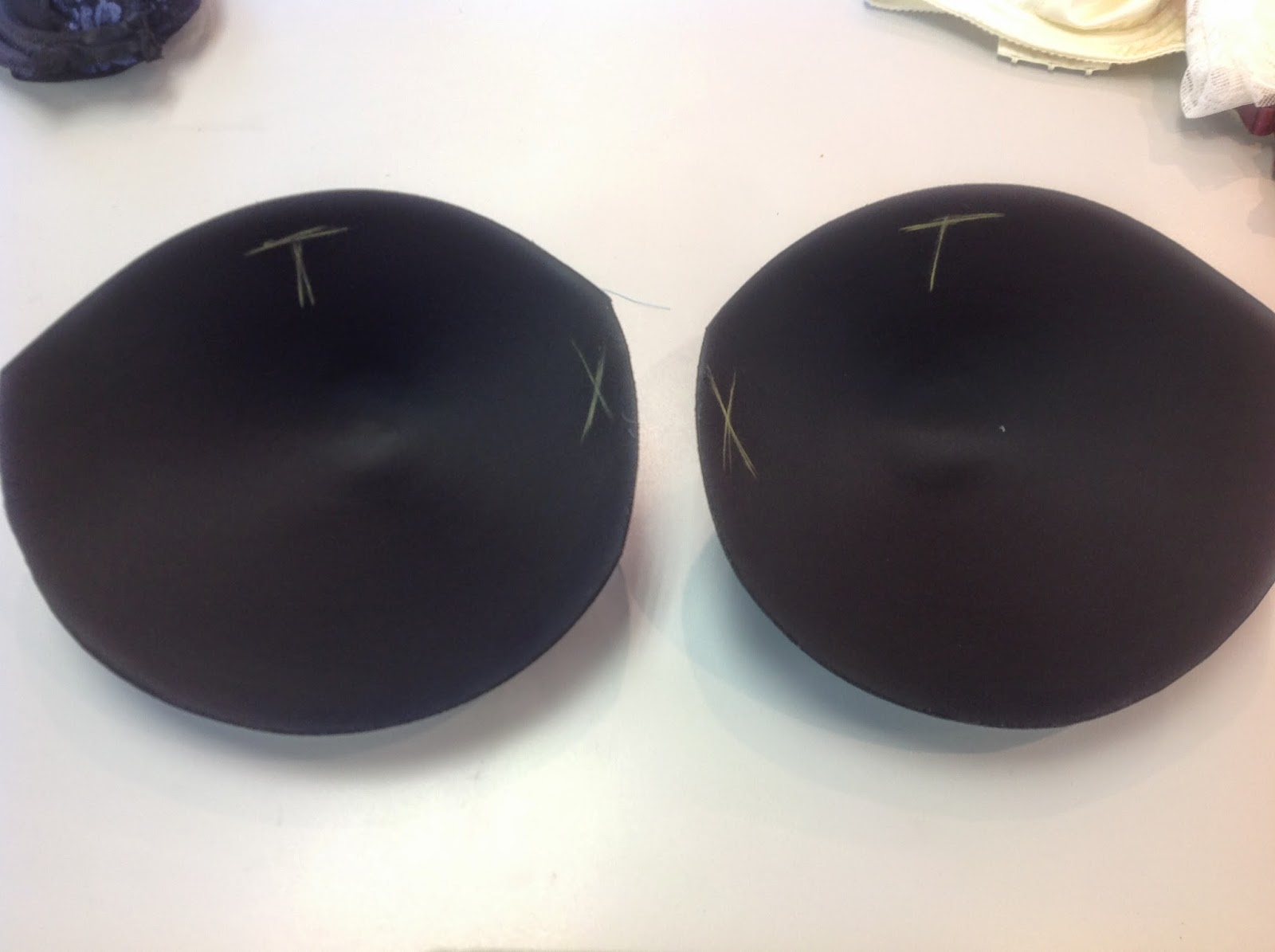 But on to the surgery. Sometimes the only modification you can do to a foam cup, is to shave a bit off the sides as I’ve done here. That change will keep the top curve from gapping, and it’s a great fix for some women, especially those who aren’t really full across the breast mound. What you are doing, is making the wire line a little more vertical so that the cup can be pulled to the breast when tension is applied to the band. 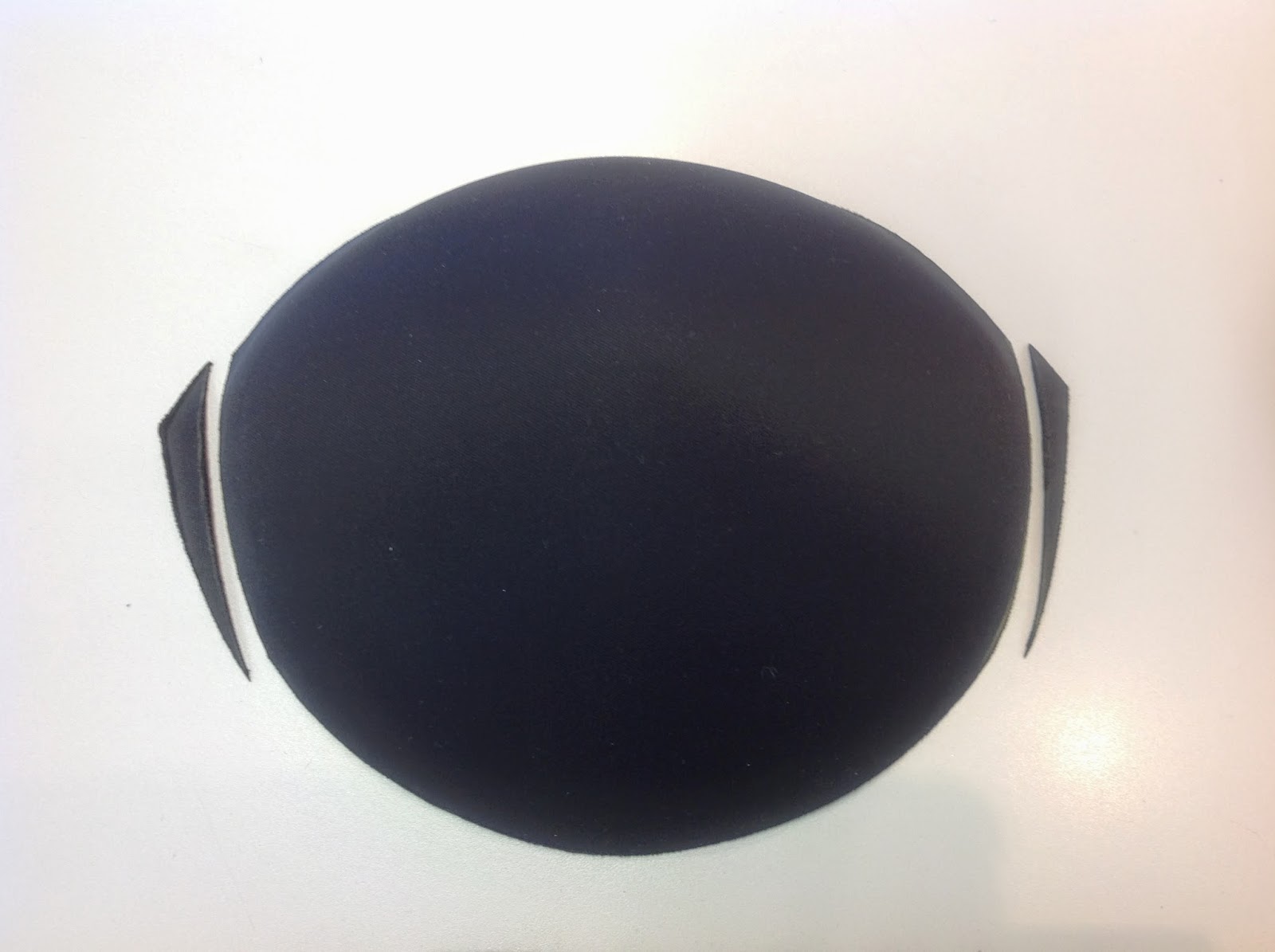 But I still wanted to do more. I did not like the balconette shape on our student but I did like the shape of the bra cup she was wearing.  I did a nip and tuck on the cup so that this new cup has a similar line to her current bra. This is what I ended up cutting off the cup. 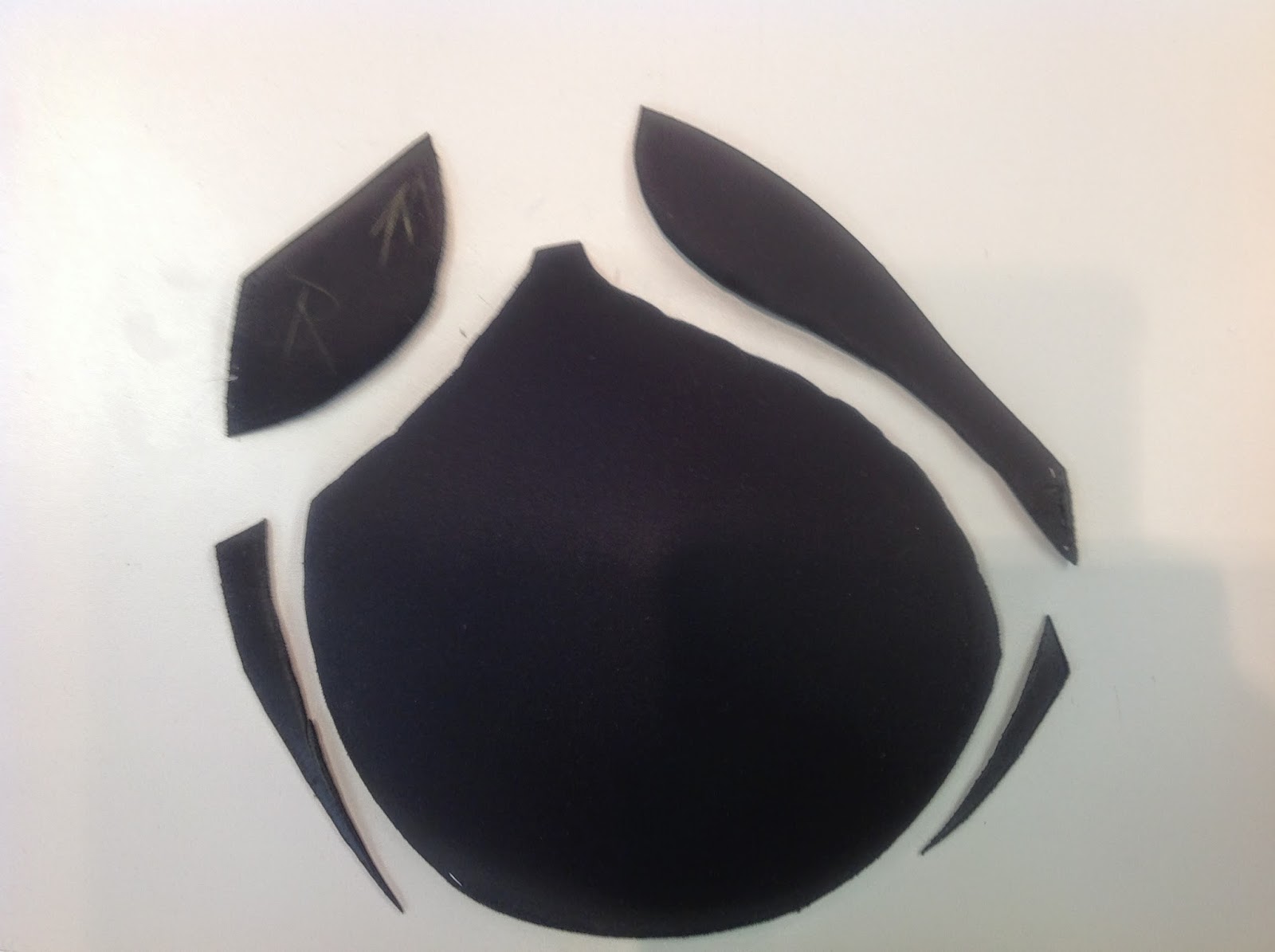 To use the cup, we need to zig-zag around the perimeter to help squash the edges as flat as possible. Foam cups are made so that the edges are really thin and the interior of the cup is thicker, so when you cut the foam toward the apex, it is never as flat as the edges.
I drew the curves on an orphan cup so we would have a more permanent record of the changes. 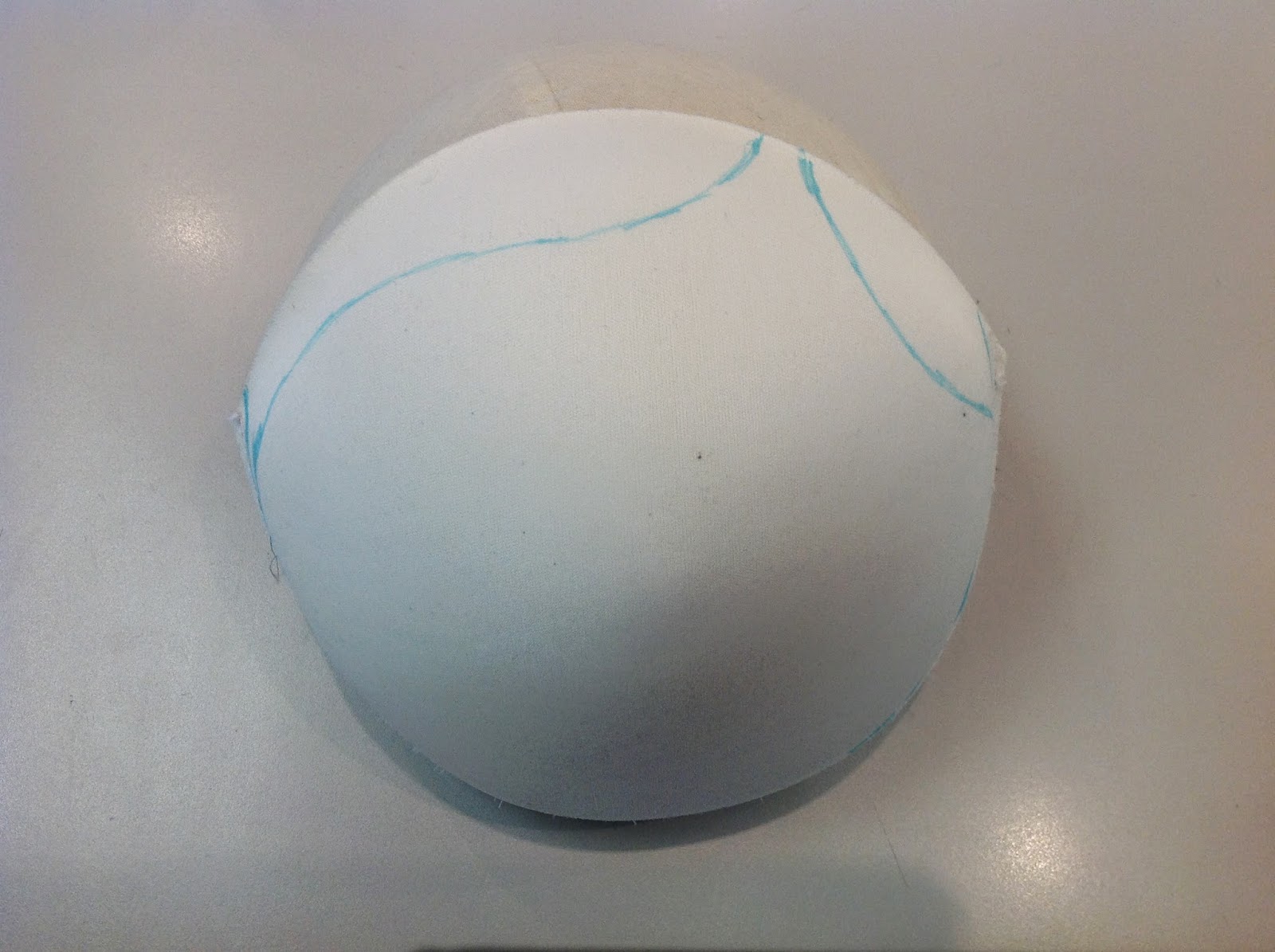 I’ll take more photos as the week progresses, so you can follow along as we make this bra.

A Better, Wider Bra Back
Scroll to top
Create a new list