Back in the fall of 2013, I got a call from Margaret, of Bras Bold & Beautiful, asking if I still wanted a Bernina 930. Apparently she was teaching bra-making in Edmonton at Central Sewing Machines and one had just come in on trade. I said YES before I even asked what kind of condition it was in, but I knew if Margaret thought it was good enough to call me about it, it had to be a good machine.  Margaret took the machine back to her home in Saskatchewan several hours away and six months later, brought it to me at the conference. So, in reality I have owned this machine for well over six months but had never actually seen it. i was waiting  (not so) patiently for Nina’s Arrival – I imagine it’s like waiting for adoption papers to finally come through…it was on my mind every day but there was nothing I could do to speed the process!
Until now. It was kindly delivered to my room at the Abbey last night. Here is the carrying case. Man, this thing is heavy. Must be the all metal parts and good old-fashioned Swiss construction! Nina’s arrival should have been accompanied by 2  ummm…burly gentlemen! 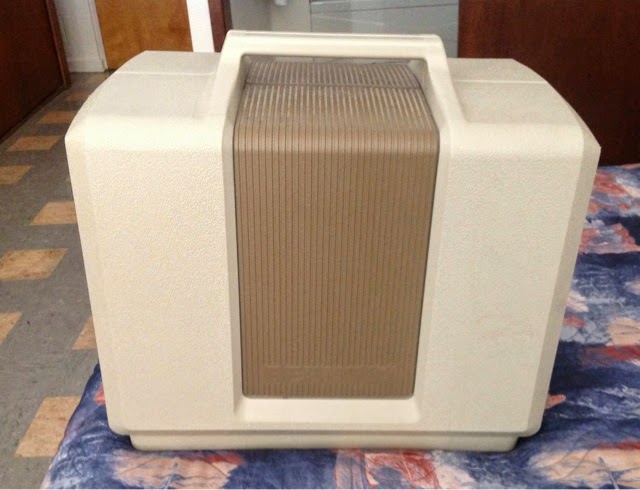 Inside, here she is. My new Nina. Some women call their machines Bernie, but I have always thought of sewing machines as female…like all cats are female and all dogs are male. 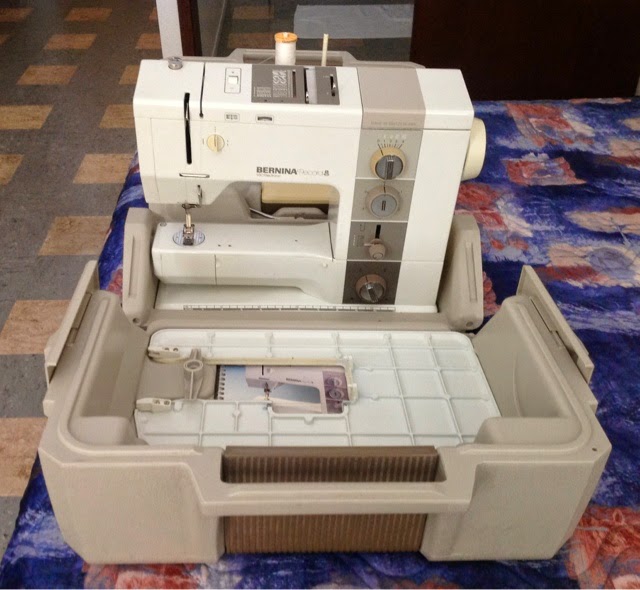 Look at this tool box full of goodies! Whoever owned this Nina kept it in pristine condition. All the original parts are in the tool box. 12 feet, a mini hoop and what looks like two different buttonhole feet. 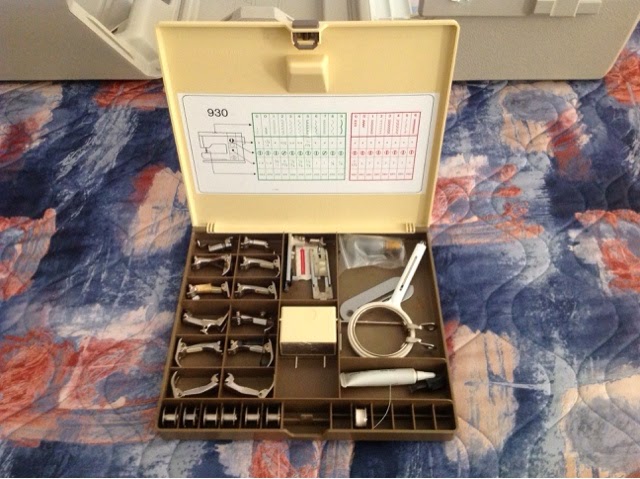 Including the original instruction manual. Did the former owner even use this machine? 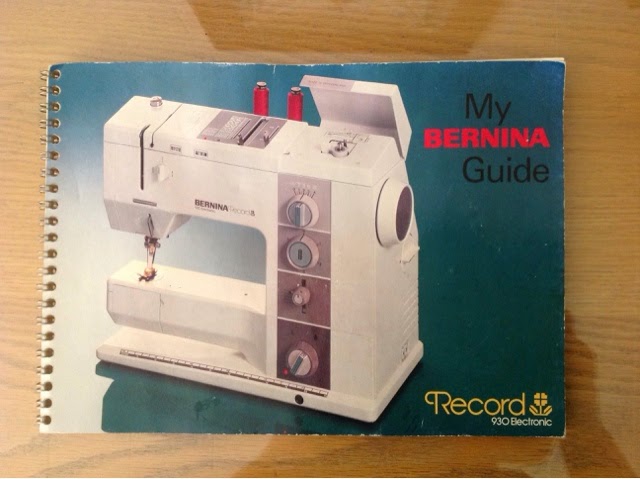 The big test for me, was not whether it worked (I knew Margaret had already tested it in Edmonton before she called me) but whether the feet for my old industrial Bernina fit this newer version. This 930 was only in production for a few years, but it was the portable version of the industrial 950, of which I have owned 6 in my lifetime. I had brought along a foot from my old machines with me. This is the free motion foot, also called a darning foot. 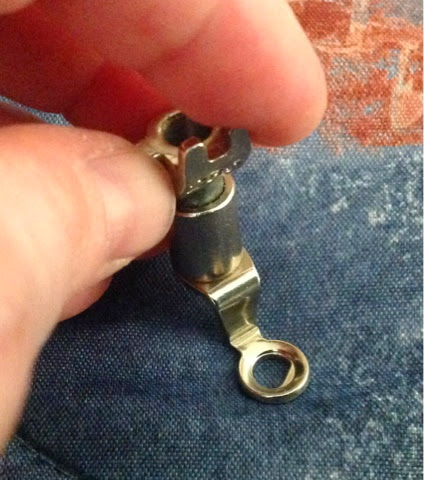 I  think I heard angels singing! The foot fits! To be fair about the angels singing, the bells here at the Abbey are always ringing so it may have been that!
Here’s the stitches my Nina will do…26 in all, plus the buttonhole. 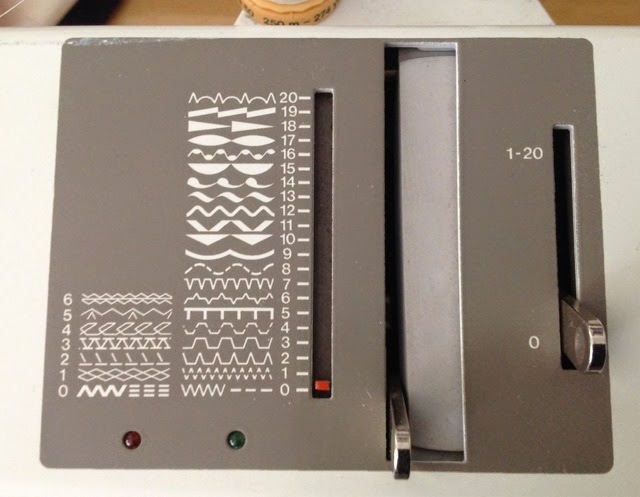 The best part, along with the best part of actually getting such a treasure, was the price. I almost felt like screaming…start the car, start the car…..when Margaret told me the price back in the fall. It was the deal of the century, so yes, I thought I was getting a steal. Since it was purchased in Alberta, I was charged  only 5% sales tax. In Ontario, it would have been 13%!

In addition to Nina’s arrival last night, Jeanette arrived as well at SSC after driving for 8 hours yesterday from Edmonton. She actually lives 8 hours north of Edmonton, so she has done a LOT of driving in the past few days! Now my Western bra-making family is here, and Day Two of the conference couldn’t have been any better!
May 31, 2014/8 Comments/by Beverly Johnson
https://www.braandcorsetsupplies.com/wp-content/uploads/2014/05/Ninas-arrival-feature.jpg 590 640 Beverly Johnson https://braandcorsetsupplies.com/wp-content/uploads/2017/01/BMS-Website-Logo.png Beverly Johnson2014-05-31 09:12:002016-07-23 19:53:30Day 2 – Nina’s Arrival
8 replies

Far, far away – Day 1 SSC Day 3 – Things to do on a Convict Ship
Scroll to top
Create a new list