We started another bra class today at the Saskatchewan Stitches Conference in the tiny hamlet of Muenster. The town is home to a monastery where, each spring, hundreds of enthusiasts of sewing, quilting, knitting and other needle arts gather to spend up to 11 days in creative bliss.

Here was the scene in my class this morning 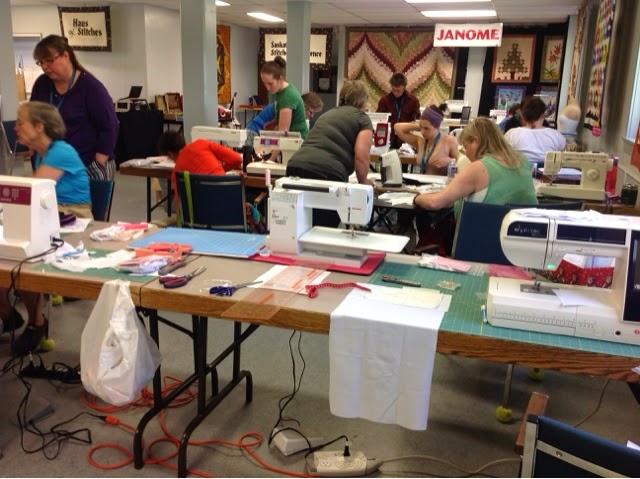 There are many classes going on at the same time. But at coffee break, they all gather in our area (that’s where the kitchenette is). Thank goodness for women like Pat who clean up after the break is over. We take over the whole place. Wendy takes over Father D’s office, so he made her a sign for the door. Gotta love a priest with a sense of humour! 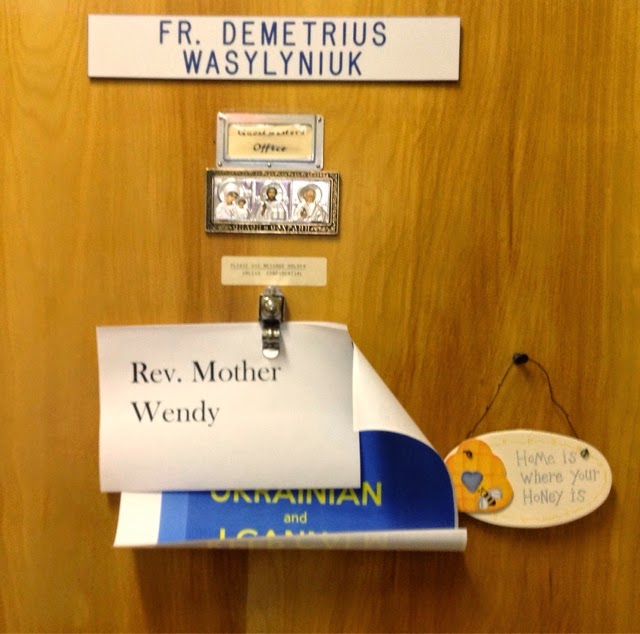 After classes were over, I went to Jeanette’s room. She had already re-arranged it into a sewing room. How she packed a machine, a serger, bins of fabric and all her sewing tools into that car was beyond me! And still she found room to buy more fabric! 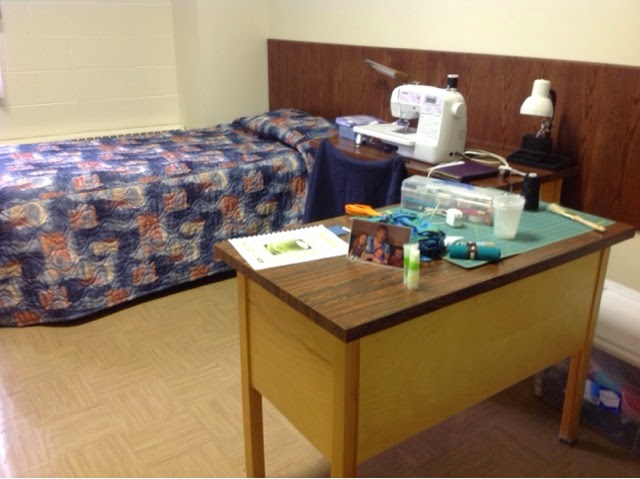 Tonight’s presentation was by Dianne Janssen. Dianne is Australian but now lives in BC. She is also a world renowned quilter. She told us the story of the Rajah quilt, the most famous of Australian quilts, and one of the most famous in the world. As you can see, we were all fascinated by the story. 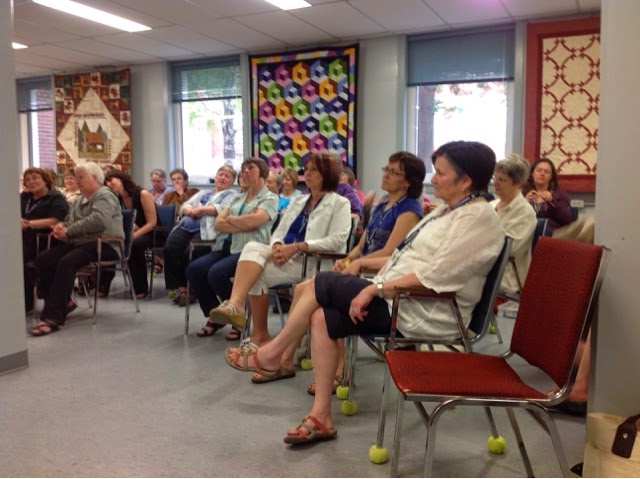 When men (and women) were convicted of crimes in Merry Old England, they were shipped off to Australia in convict ships. The voyage took three months and many died of starvation, disease and other maladies. One woman, Elizabeth Fry, sought to improve the lot of the women convicts, some of whom were being sent off forever for stealing a loaf of bread in order to feed their children.
One thing that Elizabeth and her women’s convict committee taught the women was sewing skills. In fact she gave each convicted woman on the ship needles, threads and 2 pounds of fabric (the size of a piece of paper but about 2″ thick – not much, really) Anything they created with the fabric could be sold at ports along the way and the money used to buy food, or other essentials.
Here is a quilt they made on the ship, the. Rajah, and they gave the quilt to Elizabeth Fry as a thank you for what she had done for them. 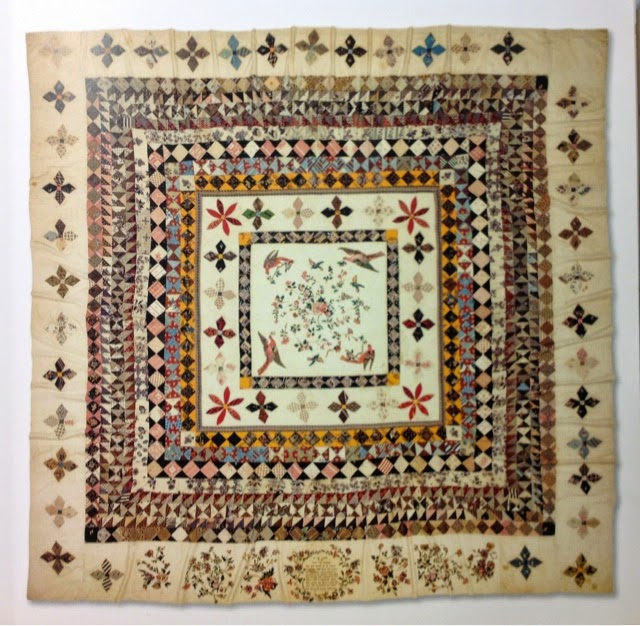 This inscription was cross stiched at the bottom of the quilt. Apparently sewn with thiny stitches about 1/32″ in length (less than 1 mm). An incredible feat, especially when you consider the lack of lightning and the adverse conditions aboard the ships. 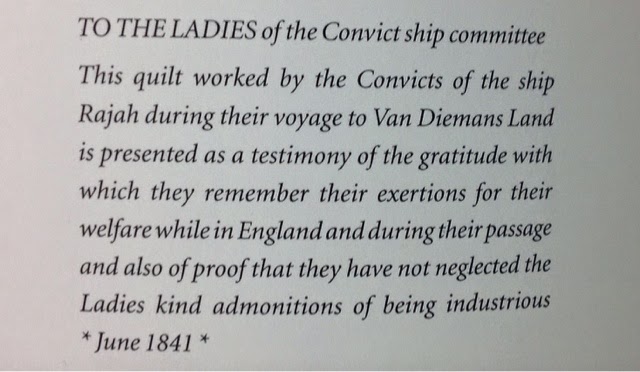 In Canada, we have some fascinating quilt stories too. One family of nine daughters, made quilts for each daughter, which was quite common in Ontario at the time. each daughter made 12 quilts, which would go to her when she got married as part of the housekeeping dowry. However, as fate would have it, only one of the nine Merckley daughters got married. 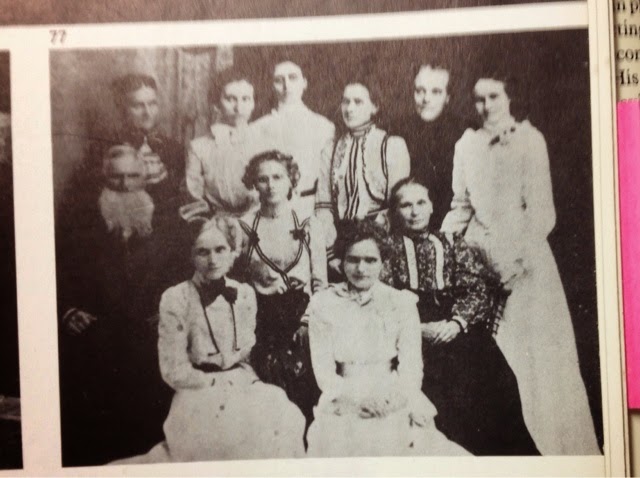 When the youngest daughter died in 1974, and the house was to be sold – in the attic were 115 quilt top all finished and ready for quilting!