Today was the final day of the beginner bra classes at SSC, here in downtown Muenster, Saskatchewan. We had 12 happy bra-makers sewing their Classic bras for two days. Today they took them home along with the pattern that had been adjusted to fit them.

Not many women volunteered to show their bras when I mentioned it would be on a blog, however one lady agreed to do before and after photos. So in the photos below, you won’t see a bra, but you will see what a good bra can do.
Here is the “before” shot. She is wearing a ready to wear bra, and she had a number of issues with that bra 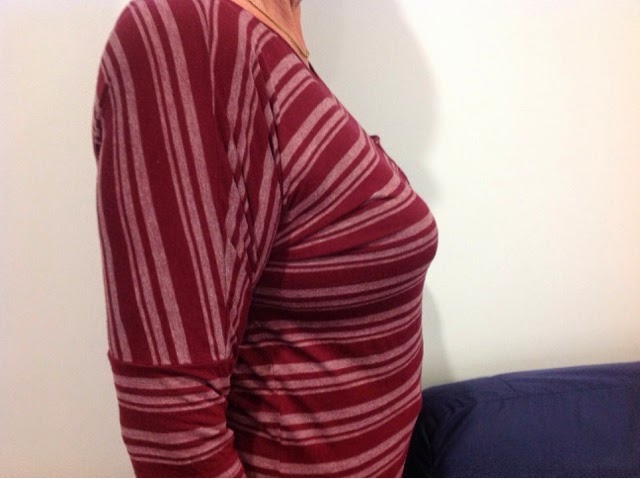 You can see that it is not very supportive. Here is the same woman in the Classic Bra 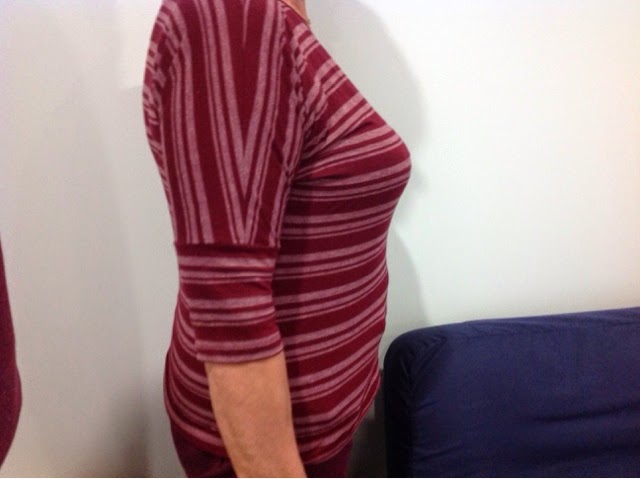 Quite a difference, eh?
This lady’s sister offered to make her a bra in the class, as the sister had been sewing her own bras since the very first Conference in 2002. The lady’s refused, as she thought there was NO WAY a bra could be comfortable, and did not want to waste two days sitting around while her sister sewed up a bra for her.
Twelve years later, she finally agreed. Persistence pays off!
June 1, 2014/4 Comments/by Beverly Johnson
https://braandcorsetsupplies.com/wp-content/uploads/2017/01/BMS-Website-Logo.png 0 0 Beverly Johnson https://braandcorsetsupplies.com/wp-content/uploads/2017/01/BMS-Website-Logo.png Beverly Johnson2014-06-01 23:59:002014-06-01 23:59:00Day 4 – before and after
4 replies