For the last day and a half, the ladies in Stockholm at the 2nd annual European Bra Summit have been making bras with the cups of pre-formed foam. Some call them contour cups, but we call them foam cups. We had five ladies from all over Sweden, Finland and. Taiwan in this class! 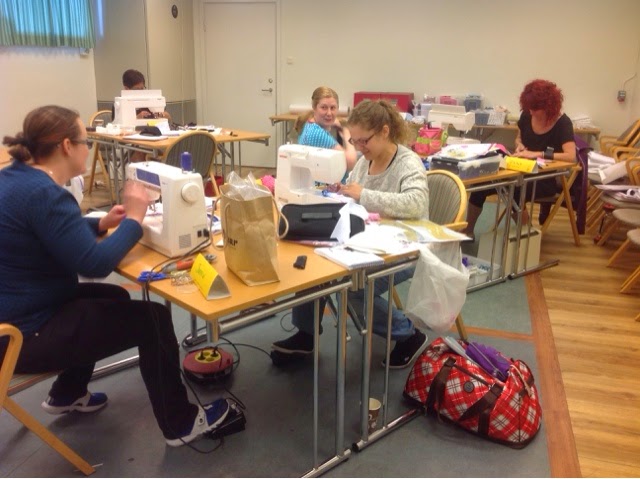 First we learned about all the shapes of the cups and why they were good or not so good for a bra. Some are better for swimwear than bras. 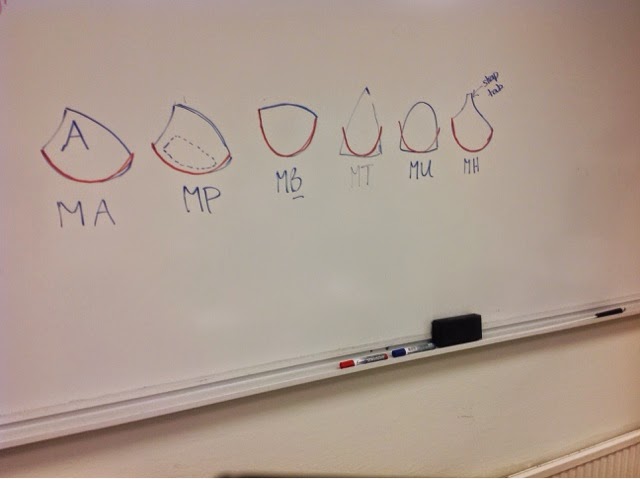 We also saw the alterations we might do to a foam cup to make it fit better. The cups are what they are, but you can tweak them a bit, as shown here in pink. 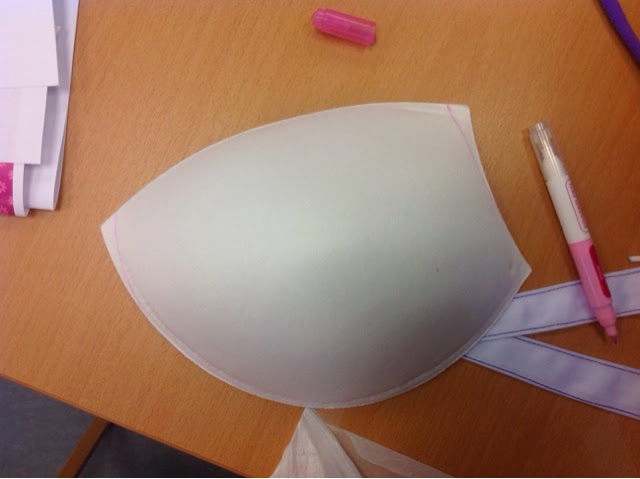 Here’s the same alterations after the foam has been cut off. The change on the left will get rid of the neckline gap, and the change on the right will move the strap closer to the centre front. 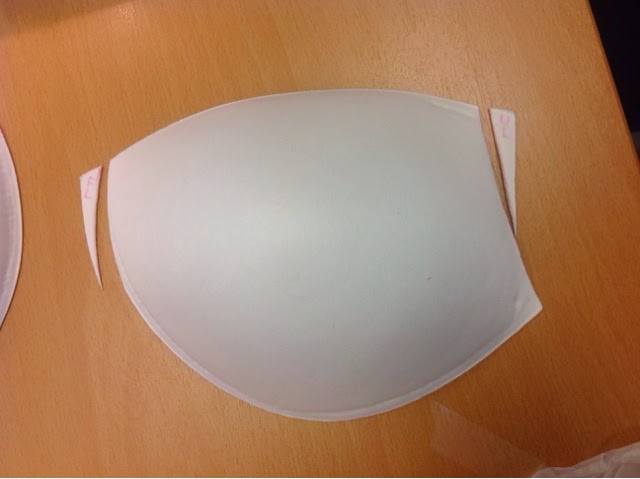 Here are the fabrics they are using. It needs to be a stretchy fabric -the stretchier the better, in fact. This one has a chain print on it. You can see she is pinning around the cup. 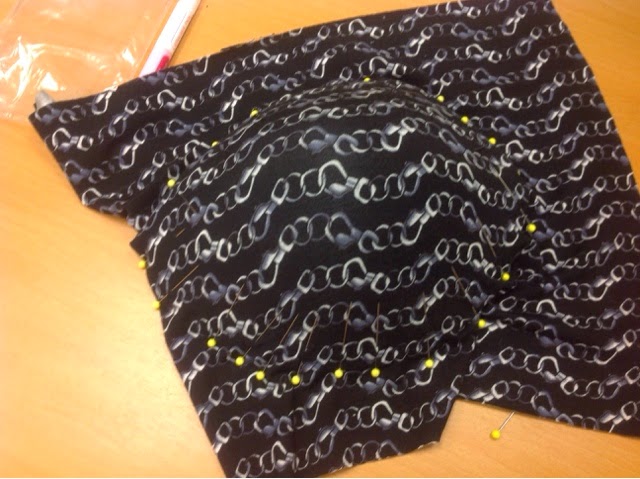 The leopard is coming along nicely too. It’s easy to cover the cups in your lap. 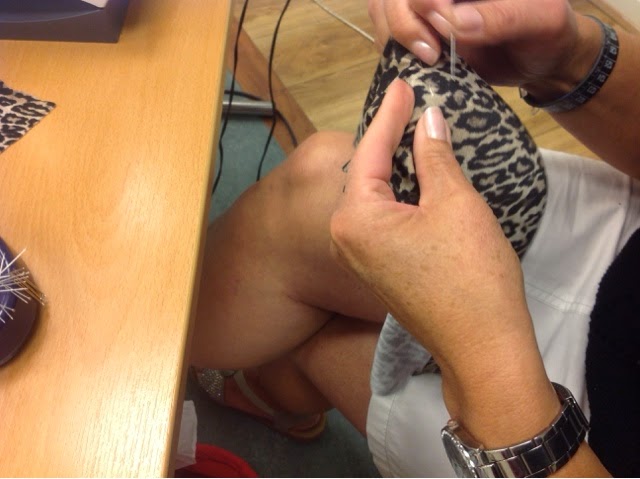 We also had a pink leopard fabric! Once the fabric has been cut to shape, it is time to sew it to the inside of the cup. 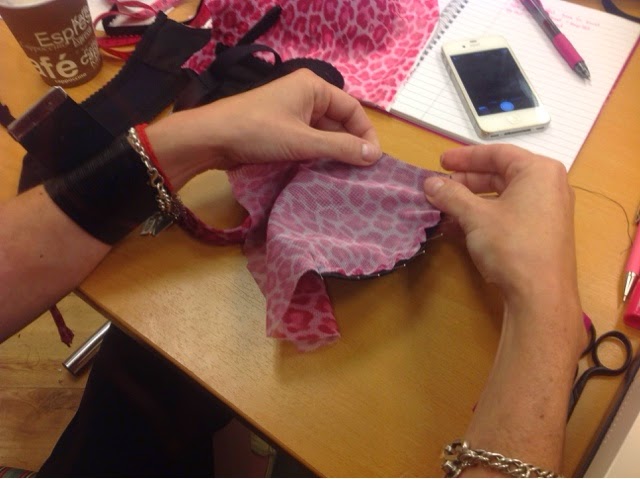 I love the colours in this blue fabric! This student has finished sewing the neckline and underarm edge and is re-pinning the wire line seam. Now’s the time to get all those wrinkles out. 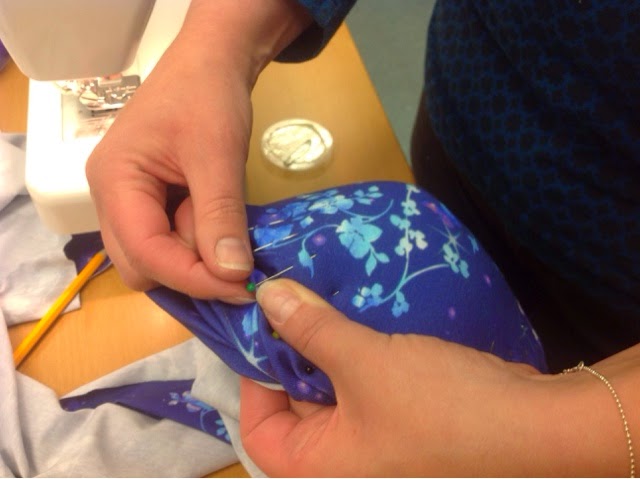 I started a sample bra too! While in Rome…… 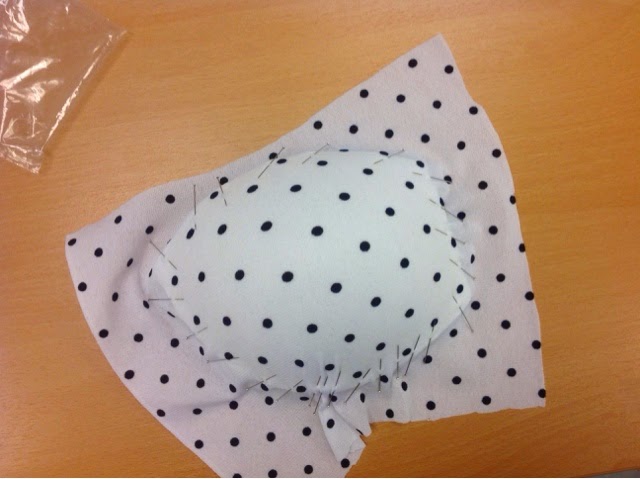 But I only got this far by the end of the day! 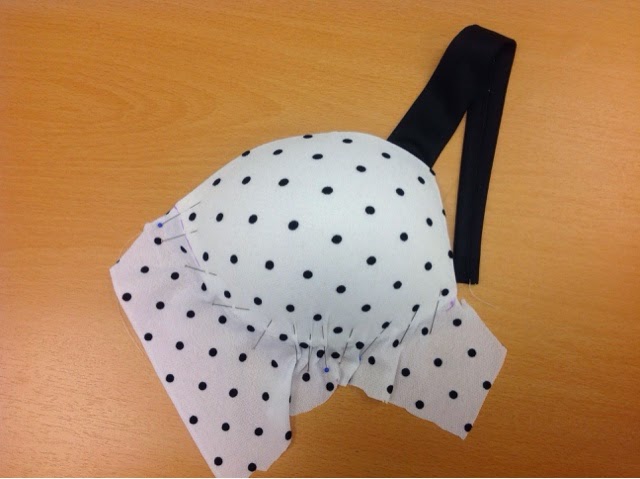 The ladies did a lot better than I did  – they all got their new foam cup bras done. Here’s Marine’s chain link bra 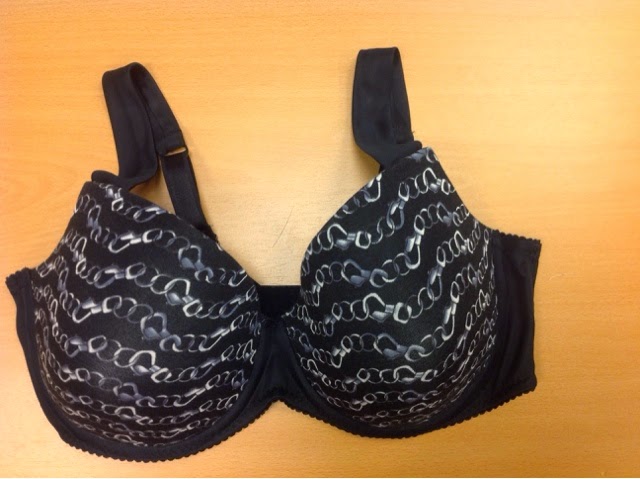 We had two pink leopard prints. Jenny used black cups and black trim with her bra. 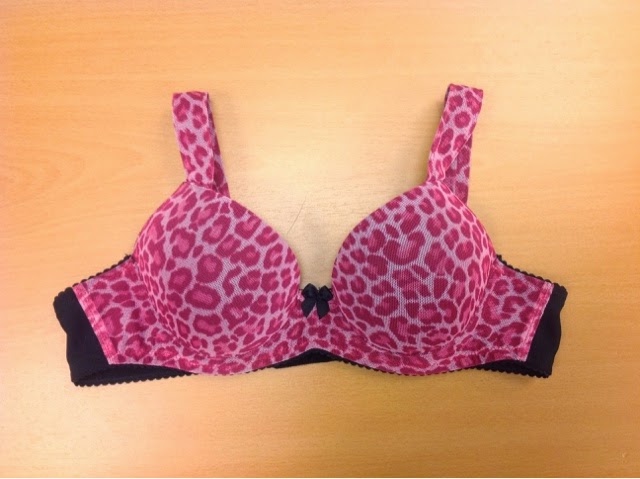 While Agneta used white cups and white trim with hers. Don’t they look like totally different fabrics? 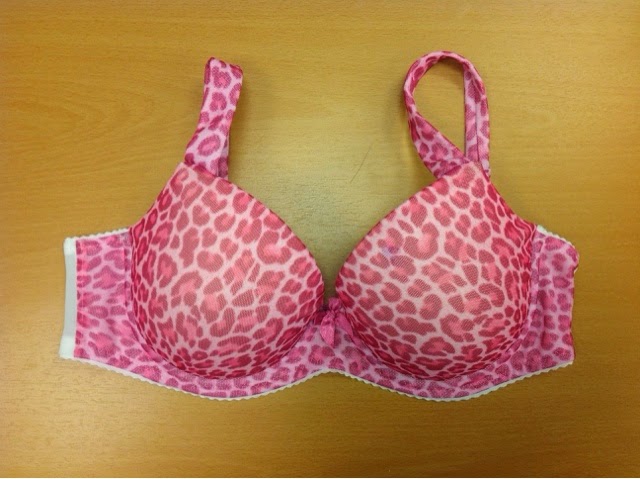 Here’s the blue print trimmed with white fabric and purple elastics, made by Josefin. 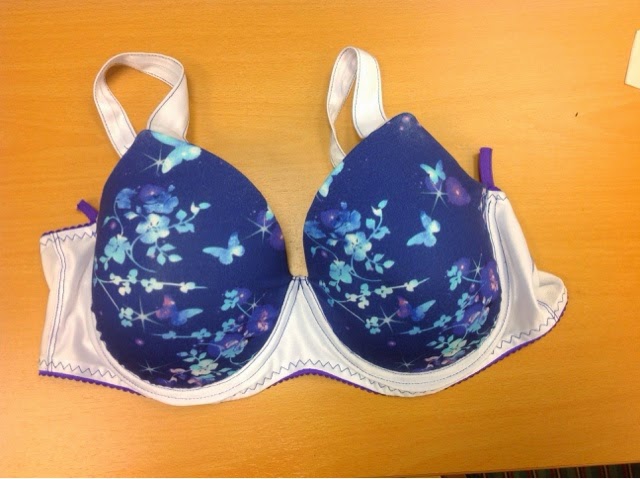 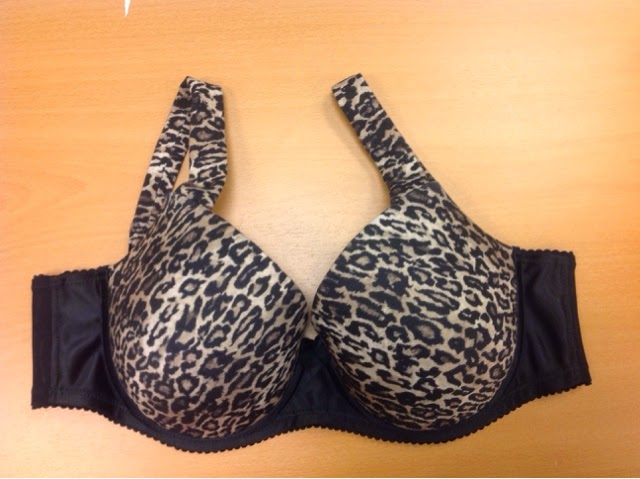 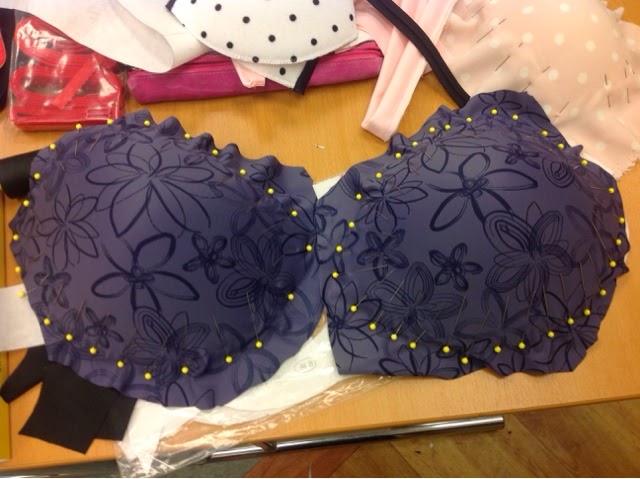 Jenny started a white polka dot like mine, but I like her trim idea better. The black fold- over binding really accents the fabric. I think she is going to use a red bow with this. 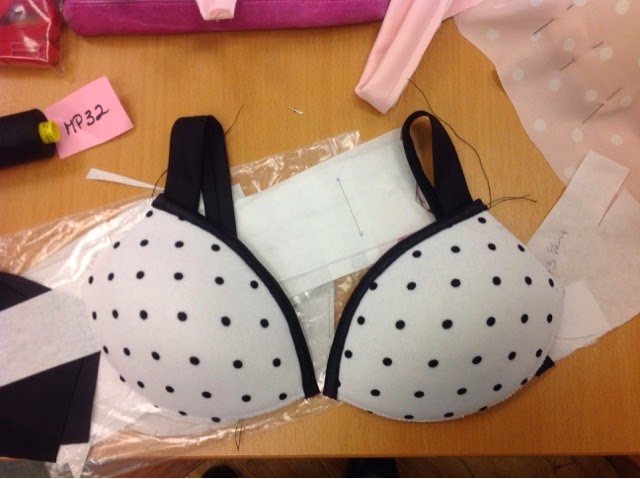 The class ended at noon, and we started another class this afternoon. What are we making in that class? That’s the surprise I was telling you about a few days ago.