Today was a sightseeing highlight for me. We went into Stockholm and walked along the street. You can see the agrand Hotel at the left with the flags…temporary home to many rock stars who perform in the city. 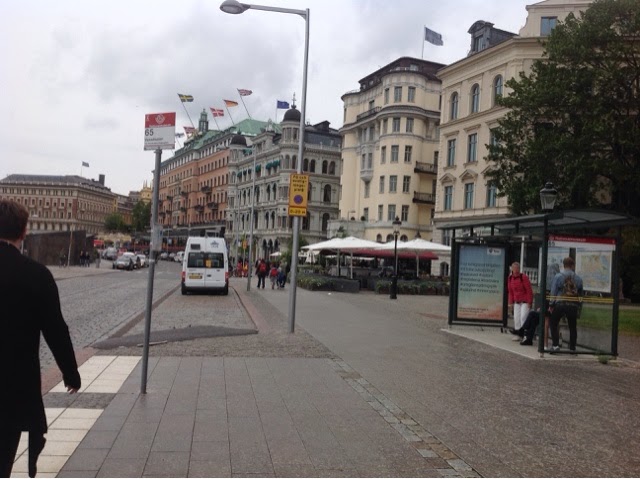 Here’s the Stockholm Theatre along the way. What glorious architecture! 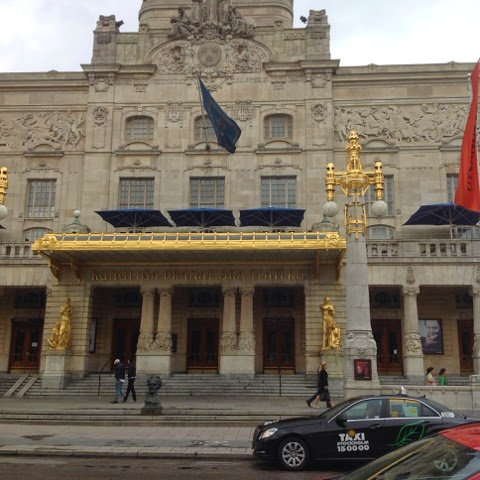 It was raining a bit so we took refuge under a tree lined walkway, where there was a conveniently located ice cream kiosk! However we did not partake…there is a better ice cream store in Haninge near Bodil’s home, I was told. 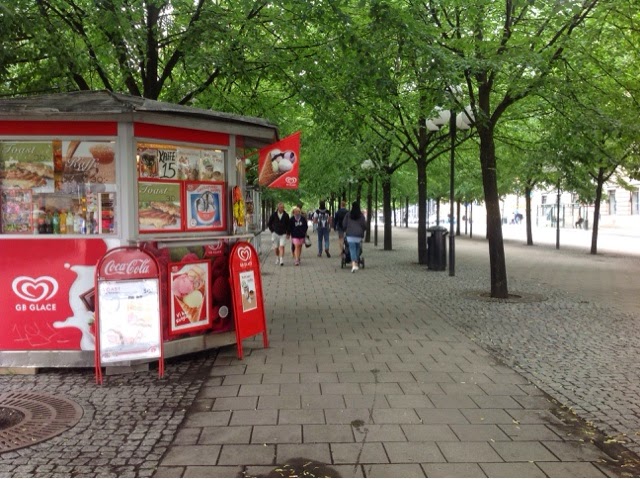 We are going on a boat ride…an ABBA boat ride! It starts at the Grand Hotel and goes around to the ABBA museum, about an hours ride. All the while we listened to ABBA music and headphones told the story of the band. 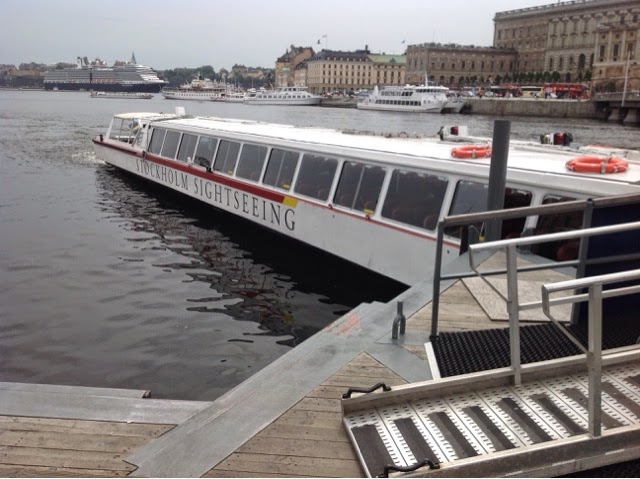 Here we are on the boat. We had a special escort so we felt like celebrities ourselves. I know it doesn’t look like Jessica is very happy but she was…really! 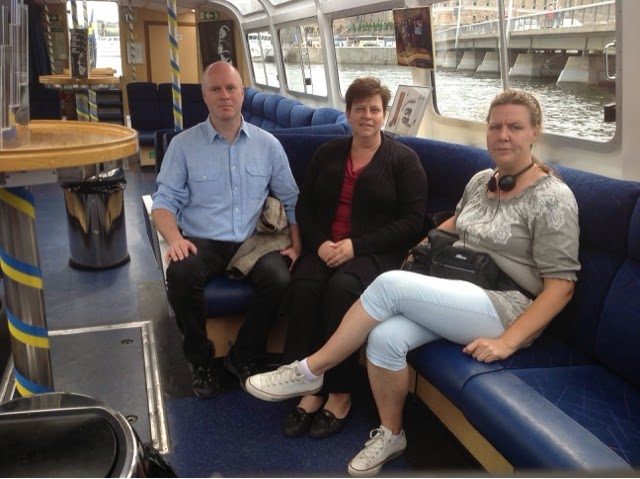 At the amusement park we passed, they are building what appears to be a giraffe attraction 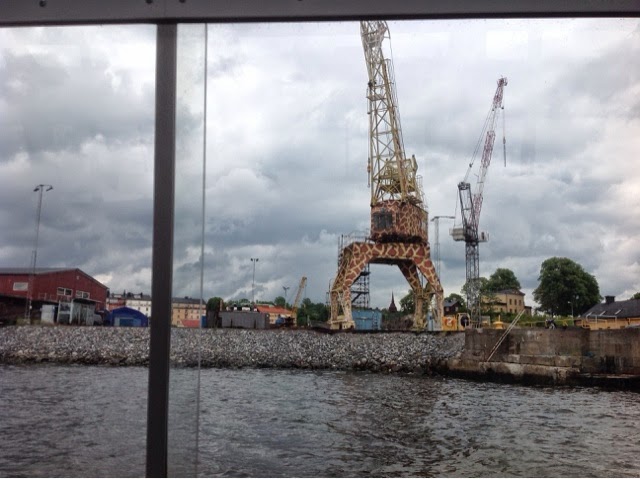 The boat docked at the ABBA museum, so I had to pose with Jessica, Bjorn and Benny! Doesn’t this outfit make my legs look fantastic? Lol 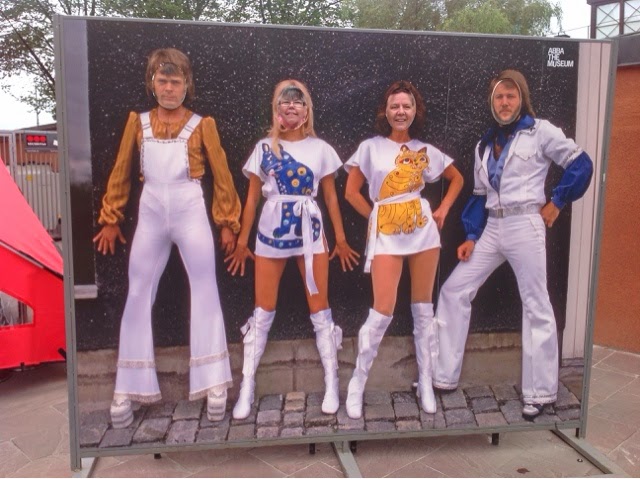 Posing again with the group in the park! 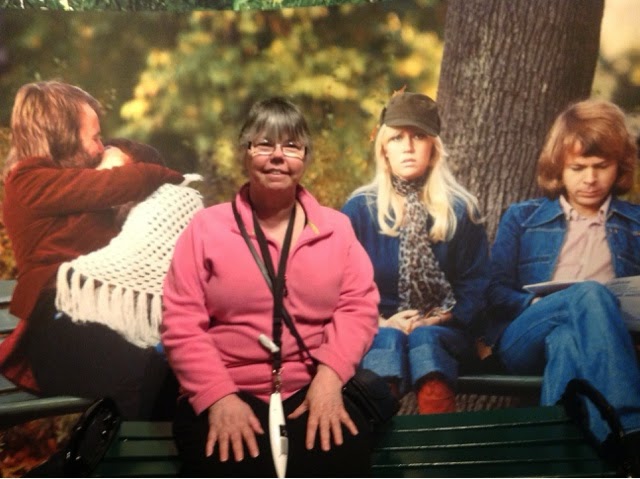 Of course…I had to join them on stage too! Lip syncing and dancing with ABBA…their fifth band member and the secret life of your Fairy Bra Mother! 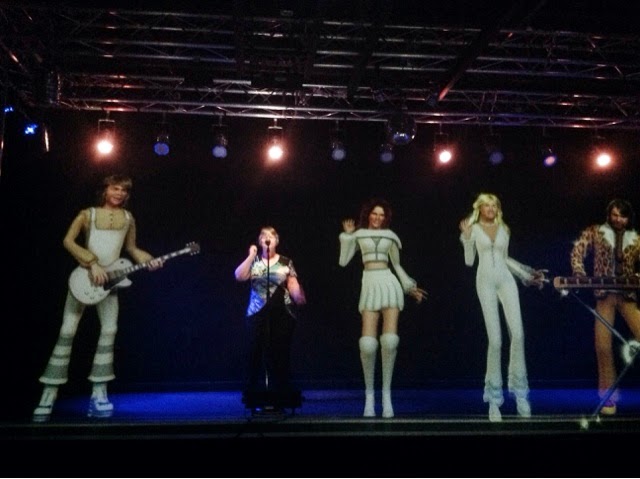 OK…let’s be serious…the best part of the tour was a re- creation of Frida’s sewing room, complete with a vintage Husqvarna machine. Apparently, she made quite a few of the costumes in the beginning, as she had a degree in pattern design and loved to sew. 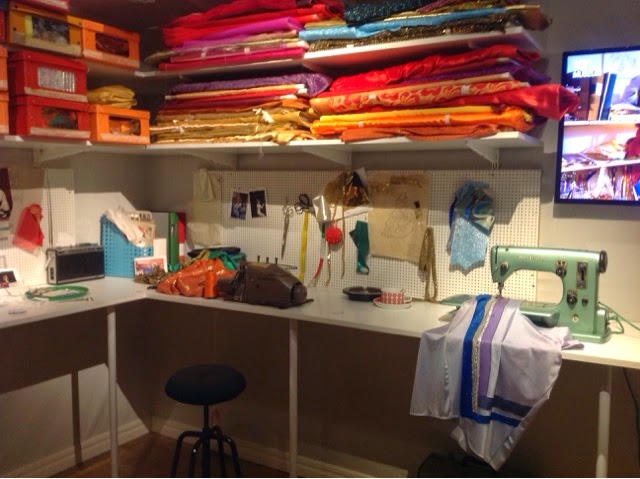 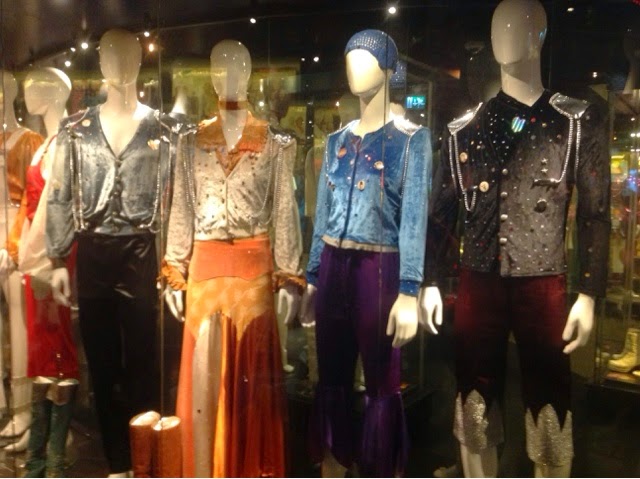 It doesn’t get more 70s than this! 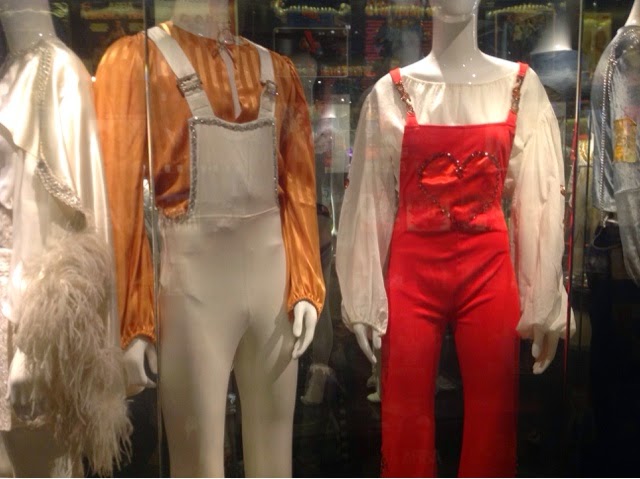 Or this! Frida loved this white jumpsuit and skirt with roman gladiator panels. This was her favourite outfit! 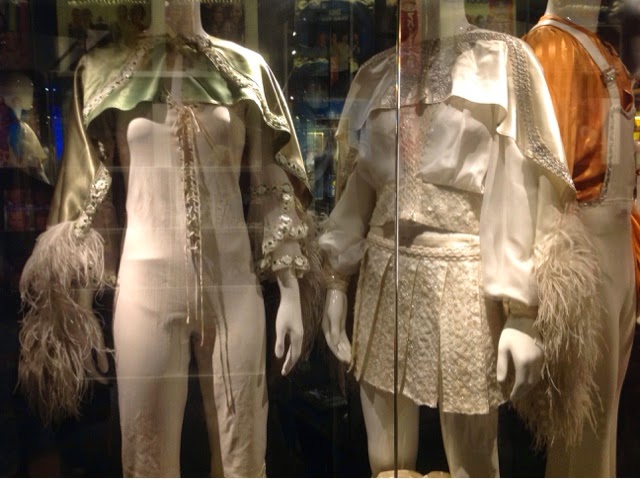 These blazers are painted with traditional Swedish flowers. 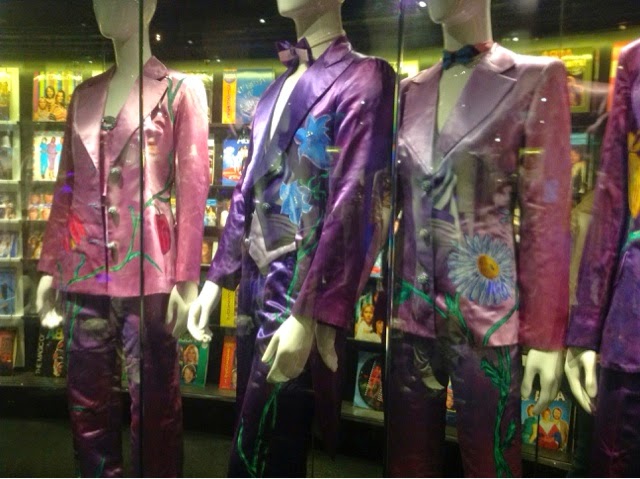 This next one is my favourite! Those coloured panels are individually sewn together. Do you suppose she used a serger? 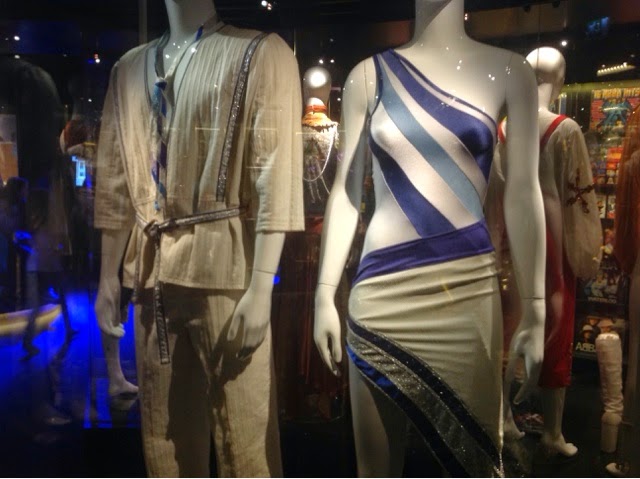 These were the costumes from The Girl with Golden Hair 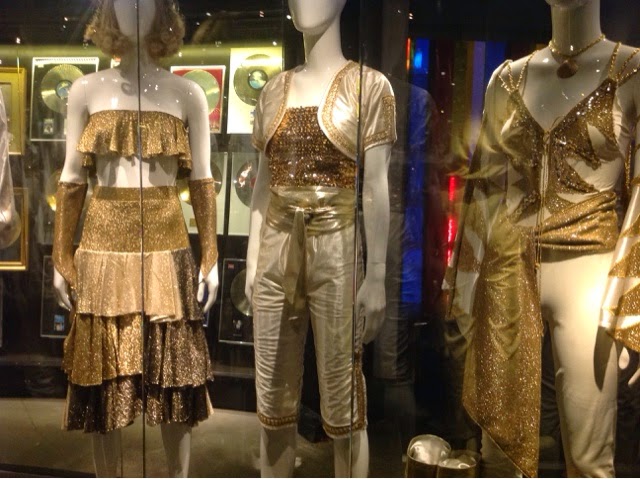 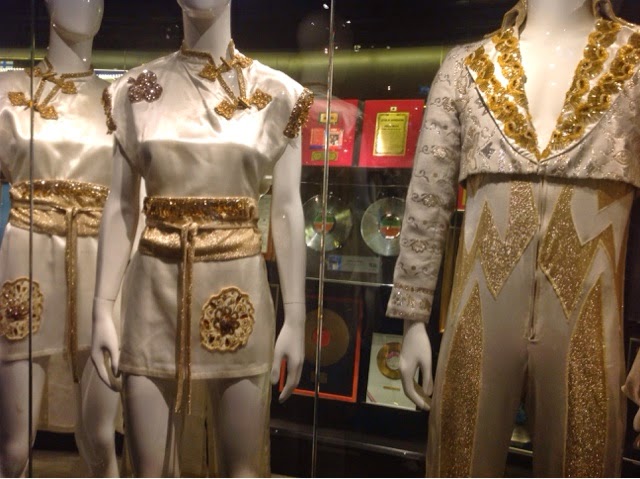 Look at the purple and red lurex jackets here! 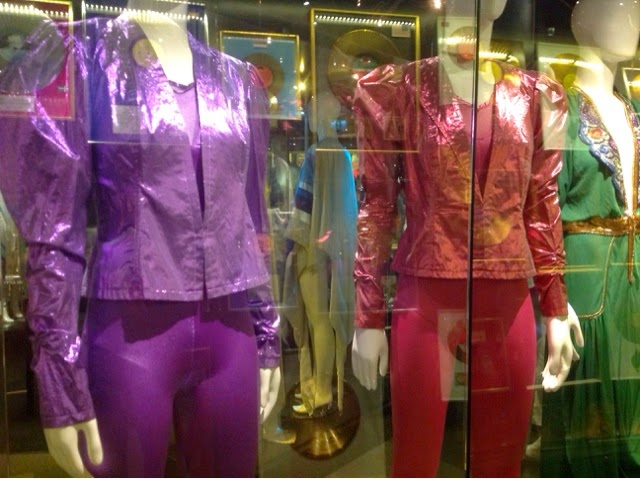 When the band went to Japan, they wore these kimono inspired costumes 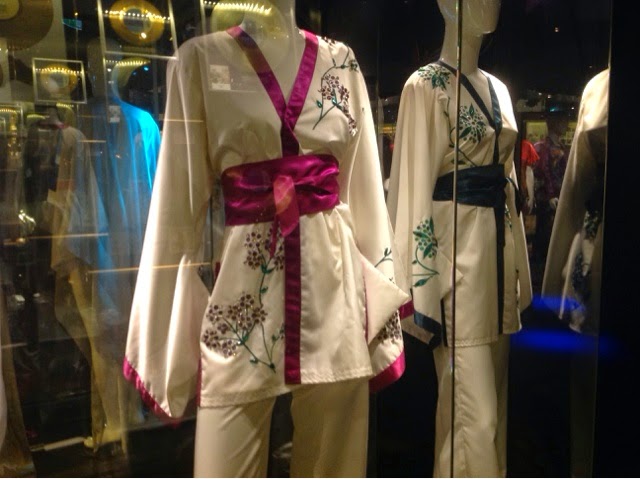 Frida also designed the paintings for a couple of the costumes, including the hare and fox shown here 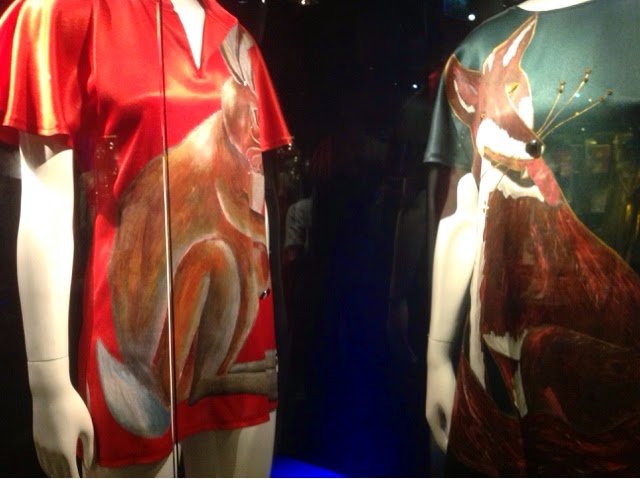 When asked to wear costumes in the colours of the Swedish flag, they chose to wear the now famous Pop Cats dresses. 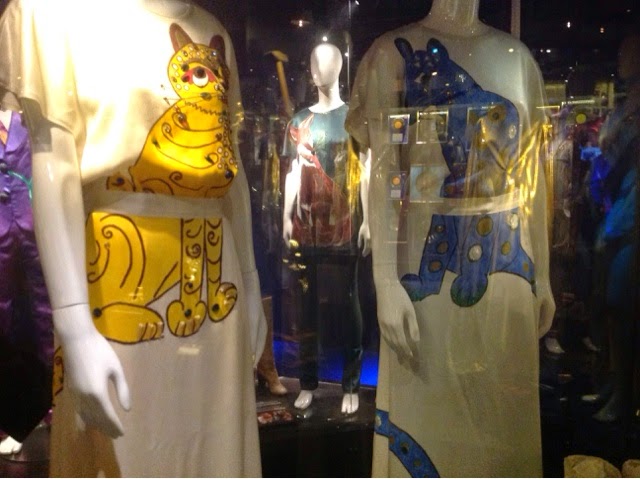 These are the costumes worn by the three girls in the movie, Momma Mia. 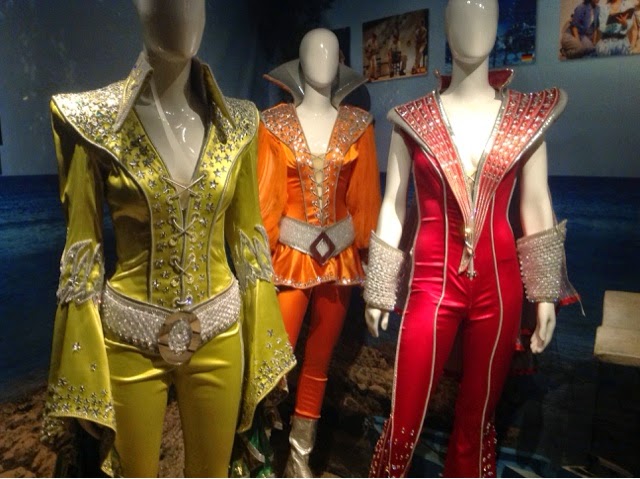 Seeing these costumes put me in spandex heaven! I would have loved to be involved in the costume making. I can’t help but think, that without spandex…ABBA on stage would not have quite as spectacular!

We left the ABBA museum and took the tram (that’s a streetcar to us Canucks or a trolley to the Brits)  back to the Grand Hotel to our car. 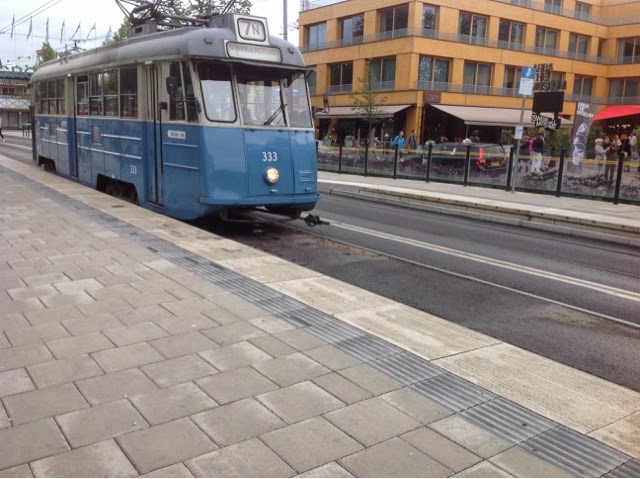 What a day this was! We went to the candy store…yes, they have a bulk candy store in Haninge..and got ice cream as the perfect end to this perfect day!

Far, far away – classes are over Far far away – A “slight” miscalculation
Scroll to top
Create a new list