You are here: Home1 / Life of A Fairy Bra Mother Blog2 / Behind the Seams3 / Design & Draft4 / Make your Bra a Longline Bra

Make your Bra a Longline Bra

I get asked all the time about when a longline pattern is going to come out in the Pin-up Girls line. It isn’t likely to be anytime soon as I have lots of “other” bra patterns in my brain struggling to spring forth! But the truth is, you already have the skills to make your bra a longline bra, as long as you have a bra pattern that fits you can make your own longline very easily!
I did a newsletter tutorial about this at the beginning of February, but here is a little more detail about the process! If you have made a bra before, you can do this! 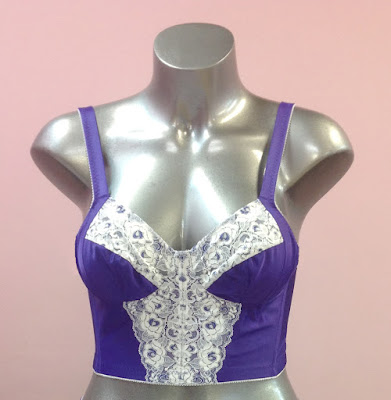 Lets’ start with what pattern to use as a base. The best pattern to make your bra a longline bra is a full band bra such as the Classic Bra

or the Shelley Bra if you have that one… 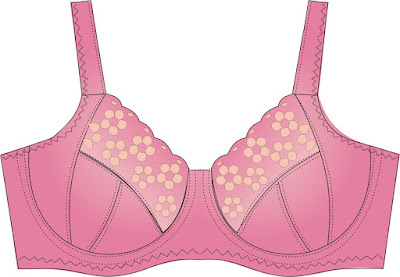 Or if you prefer pre-formed cups, you could use the Amanda/Alyssa pattern

As long as there is a band that runs under the cups here, you have what you need. Let’s get started!

You’ll need the front frame and the back band pieces

Decide how far under the bottom of the wire bowl you want the edge of the longline to finish.
Even a couple of inches lower than it currently sits makes a good longline, but it could go to the waist if you want. 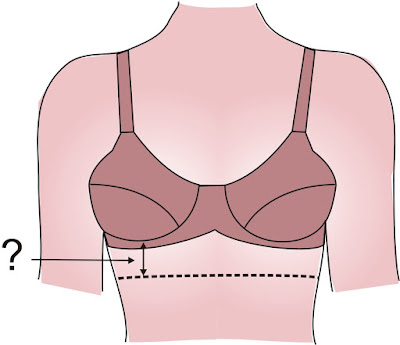 Tape the band and frame pieces together at the side seam as if they were sewn. That means you overlap the edges twice the seam allowance width. That would be 1/2″ overlap for patterns using 1/4″ seams (mine are 1/4″) You will be treating this as one unit from here on.

Trace around the pattern on a piece of paper. Then, slide the pattern down to the desired amount, keeping the centre front line straight.

Straighten out the bottom edge, or keep a gentle curve

Separate the band from the frame again, adding the seam allowances along the added side seams.

Since you are only altering the frame and the back band, you can use any style of cups  in the longline. Remember, though that this method isn’t for a partial band bra like Linda or Sharon. Only a full band bra can use this method.

Construction of a longline is no different than sewing a regular bra, although you may want to increase the width of the bottom band elastic, which helps to hold the bottom edge in place. Some will use boning inside a casing along the side seams, but that is a matter of personal preference.

Now, that wasn’t so hard to make your bra a longline bra, was it? Have you made a longline bra yet? I’d love to hear about it, and I would certainly love to see it posted to our Facebook page!